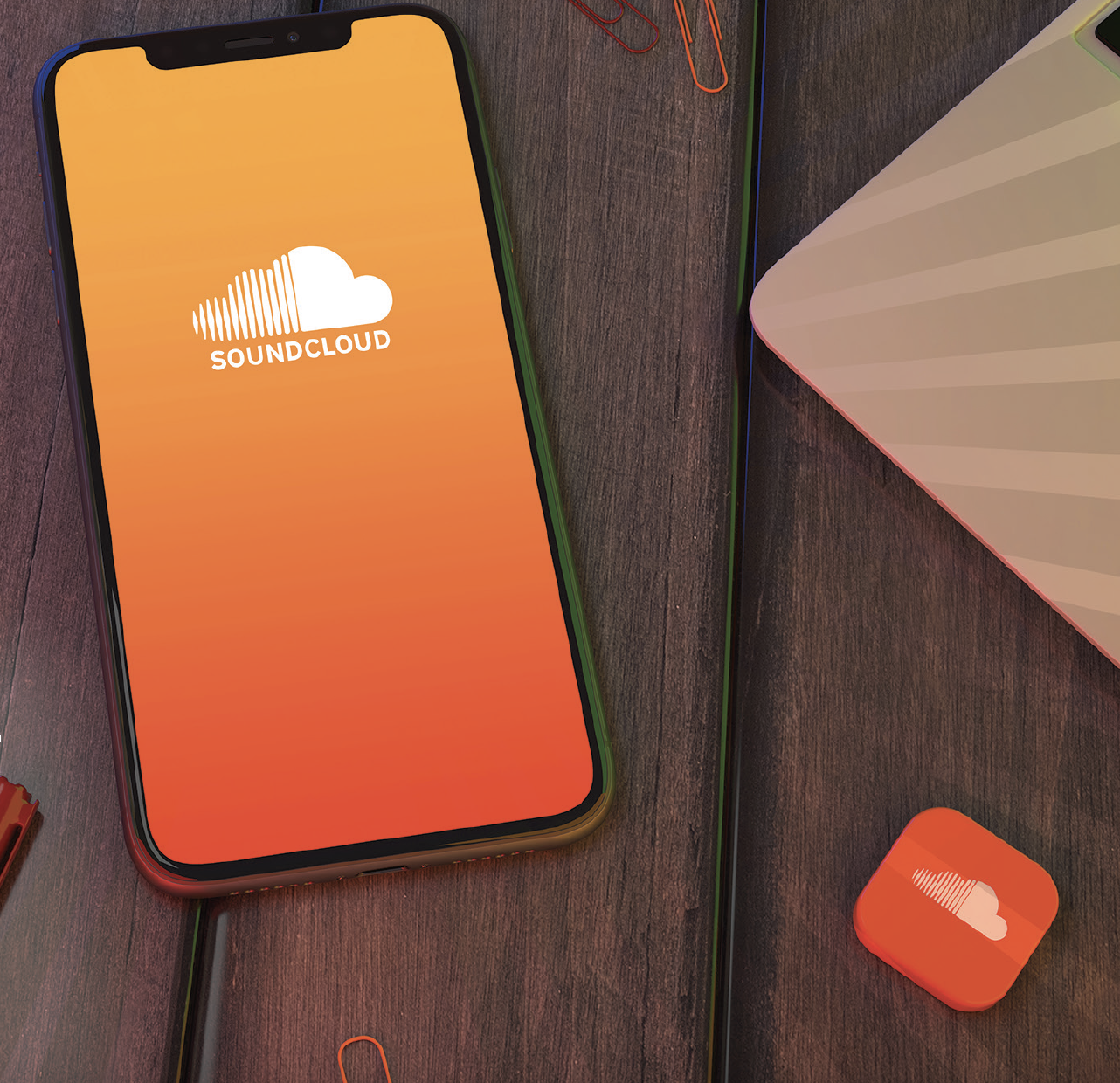 Is SoundCloud’s Experiment with “Fan-Powered Royalties” Working Well for Artists?

A year after SoundCloud became the first to implement a user-centric payout model, we find out how it’s working out

This article was first published in the July/August 2022 issue of Canadian Musician magazine.

On April 1, 2021, SoundCloud became the first streaming service to do something that a lot of musicians and dedicated music fans have long called for — implement a user-centric model for calculating and paying royalties. That may sound more complicated that it is. What that means, in essence, is a fan’s money is divvied up among the actual artists they listen to. It’s a fascinating experiment to keep an eye on, partly because it’s long been touted as a more artist-friendly streaming payout model. It’s also not how royalties have ever worked in the era of streaming.

Ever since Spotify’s first licensing deals with labels and publishers more than 15 years ago, the royalty model for the entire music streaming industry has work roughly the same way, regardless of which service you’re talking about. Spotify, Apple Music, Amazon Music, Tidal, etc. all calculate and payout royalties the same basic way — what is commonly called either the “big pool” or “pro rata” model. It’s a formula that has worked well for the music industry, especially for major labels and publishers, with total global revenues for record music steadily rising each year, parallel to subscription streaming’s growing popularity. Overall, according to the IFPI, global recorded music revenues have gone from a low of $14.2 billion in 2014 to $25.9 billion in 2021, a level not seen since the pre-Napster era.

But, you may have heard, it hasn’t always worked out well for artists, especially emerging and mid-level artists. Frankly, I feel that the debate over streaming royalties frequently gets dumbed down to an unhelpful degree, omitting a lot of important figures and context. Nonetheless, it is true that music, more than ever, is a superstar economy. Unless you’re in the top few percent of all artists, it has become more difficult to make a living off of recorded music, which has made musicians more reliant on touring and other sources of revenue the consequences of which became apparent during the pandemic.

So, this brings us to SoundCloud’s experiment and how it compares to the industry’s typical royalty model. Is “fan-powered royalties,” as SoundCloud is calling its user-centric model, proving to be financially better for artists than the big pool model? Obviously, we need to first clarify how each works.

In simple terms, the big pool (or pro rata) model works like this: all of the streaming service’s revenue from subscriptions and advertisers goes into one big pool each month. After the streaming company keeps its share, the rest is paid to rights holders (meaning mostly labels and publishers) based on market share. So, because Universal Music owned 32% of all music streamed on Spotify in 2020, for example, it gets that portion of all the royalties paid out. The label then pays that out to artists based on their record contracts. In this formula, there is no correlation between what a subscription-paying fan listens to in a given month and where their money goes.

The user-centric or “fan-powered” royalty model works like this: a music fan pays their $9.99 each month for a subscription. That money gets divided monthly among the artists the fan listened to according to what percentage of their streams each received. There’s a direct monetary line between the fan and who they listened to.

According to SoundCloud, “this new model benefits independent artists and empowers fans to play a larger role in the success of their favorite artists. It also encourages the growth of local scenes and the rise of new genres.”

The crucial caveat about SoundCloud’s experiment is it can only apply to fully-independent artists — those own their master and publishing songs rights. That allows them to license songs directly to SoundCloud and get paid directly. This limits it to Pro Unlimited artist subscribers in the Premier Program, Repost by SoundCloud subscribers, and members of Repost Select. Even those who own their song rights but distribute their music to SoundCloud via a third party, like CD Baby or TuneCore, cannot participate in the new model because of licensing issues. Such licensing issues are why Deezer, the first company to promise a shift to a user-centric model, has not yet implemented it.

“To have a market share dynamic, it essentially dilutes, and does not reward fandom. It rewards sheer volume of play,” SoundCloud VP of Strategy Michael Pelczynski tells Canadian Musician. That’s why, he adds, “you have the constant conversation about authenticity, bots, and the like, because it pretty much allows for that to thrive. We’re essentially moving the reward to be in favour of individual listener affinity or devotion or commitment to an artist’s music. So, that’s the huge transition that’s happening between the two models, and we’re essentially rewarding these artists that are building actual fans — more importantly, super fans — on a platform where they probably have already done that, but it’s just all being suppressed by the current economic model across all these platforms.”

Currently, the number of independent artists getting paid by SoundCloud according to the fan-powered royalties model totals roughly 135,000. Of those, half have seen their payments increase under the new model. As a whole, “the entirety benefits so much that we’re actually paying out-of-pocket at SoundCloud to pay these royalties, because it’s so beneficial to the entirety of those individuals in the program and model,” Pelczynski says.

Pelczynski joined SoundCloud in early 2018 following five years at Warner Music Group as the major label’s director of recorded music rights administration. It’s around that time that SoundCloud first began internal discussions and research about the viability of a user-centric royalty model. He says that for at least a year before launching the new program, they had the processes built and running and were studying the numbers each month to see how artist payments would differ between the two models.

“It isn’t a zero-sum game for SoundCloud.  And what that means is that also when you think of the full pie of those revenues, if everyone licensed onto it, then yes, then it is a zero-sum game because you’re essentially redistributing amongst that whole pie. So, until we get to that state in the future, it’s not a zero-sum game. That means that there is a significant amount of benefit for the entirety of artists in the community, and the communities within these artist communities, to be on this model.”

One of the main points Pelczynski emphasizes is that the fan-powered royalty model isn’t just good because it divides revenues differently, but that it also helps identify and incentivize super fans. According to Pelczynski, for 10% of the artists under the new model, they have seen 80% of their payouts come from 20% or less of their listeners. Connecting with these most devoted fans is essential to the career of any indie artist. “This is the ‘catapult’ effect that’s missing under the pro-rata model — rewarding genuine active fandom via streaming,” Pelczynski adds.

“Another metric to share, too, is that there has been a 97% increase in fans contributing more than five dollars [of their monthly fee] to an artist, because inherently there’s so many people that do listen almost exclusively to just a few pieces of music, or a few artists or genres even, where now that reattribution is funneling out to those artists that they’re devoted to. Whereas, previously, it’s all locked up into one big pot and then it has to do this kind of macro market share economics,” Pelczynski says.

As Pelczynski sees it, making fan-powered royalties a reality is just the first milestone on the path to building a better fan economy through streaming. By allowing artists to identify specific devoted fans, it opens up new money-making avenues.

“Because if I’m heavily engaged by simply listening to music, which is the basic nature of music streaming, and an artist can find me within their audience, that’s incredibly valuable to be able to reach out to me to then sell tickets, merch, or other ancillary things that mean something of value to the artist and the fans,” he says. “So, what we’re really doing is not just reshaping the bedrock of the industry to pay artists fairly and transparently and support that fandom, but also give them the ability to own that audience, the fandom within that audience, and to also grow the value of that by giving them access to them, because they can see you under the new model.”

But the big question, ultimately, is can this new model scale up to the rest of the industry? While 135,000 independent artists are not insignificant, they represent a very small fraction of all commercially-released music and are, most importantly, the easiest people to license with. Changing the royalty model for the rest of the industry would mean renegotiating all licensing deals between every streaming service and every label, publisher, and distributor. And let’s not forget that the current big pool model, which rewards market share, is working out very well for the major labels and publishers, as well as the large indies, who own huge back catalogs of popular music. So, while making user-centric royalties the new norm may be a noble aspiration, I would not personally bet a single dollar on it happening. Pelczynski, though, seems more optimistic.

“I believe there is reality in this permeating through the industry because… we are in a new age of fan economy. We don’t even have to call it independence. It’s not even just mainstream superstar independence, whatever music we’re talking about, people are becoming so much more niche and deep-rooted in music and what they like,” Pelczynski states.  “The whole industry is moving into this space of a fan economy where we all have to focus on what is that value of a fan? And you’re not going to be looking at the value of an effective per play, or the ARPU (average revenue per user) or the average revenue per play; the business itself is going to look at what is the value of an actual fan? And that is why I actually do believe that this model is the bedrock. It is a necessity in streaming to have this model to build an actual fan economy on top of it, which deals with fan segmentation, being able to have a better connection to optimize that relationship between the artists and their fans, to really give them the ability to have direct engagement and to really create experiences. You wouldn’t have that ability without having user-centric models.”

Pelczynski also reveals that SoundCloud is currently speaking with rights holders and are in licensing proceeding to expand the fan-powered royalty program’s scope.

“We all want the ease of streaming, so what we’re essentially doing is creating the ease of knowing that all you have to do is stream music on SoundCloud for these artists and you know [your money] is going directly to them. And then, also, we’re going to be connecting those artists with their fans. Because of that model, they’ll be able to see them and reach them because we’re identifying each other and connecting them. So, I think that is too powerful to deny.”

Listen to the full conversation with SoundCloud’s Michael Pelczynski on the June 29, 2022, episode of the Canadian Musician Podcast.