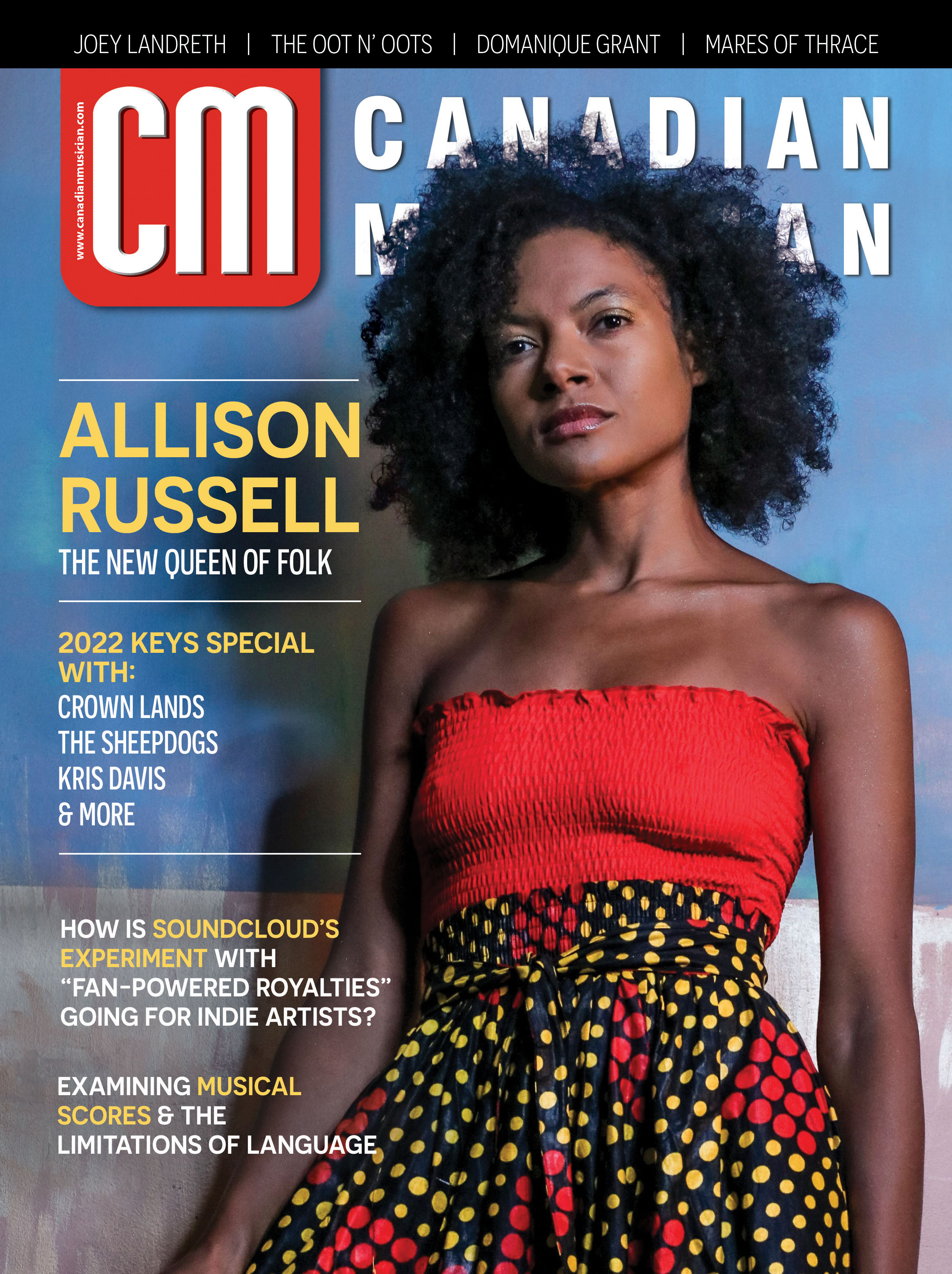 Allison Russell
Is The New Queen of Folk

After two decades in Po’ Girl, Birds of Chicago, and the supergroup Our Native Daughters, Allison Russell released her debut solo album, the deeply personal Outside Child, in 2021. The LP was a revelation, catapulting Russell to a level of acclaim that very few in the genre experience, including three Grammy nominations, a Juno Award, a Canadian Folk Music Award, and the two top honours at the International Folk Music Awards. Really, not since Tracy Chapman has a Black woman so dominated the Americana world, and Russell is determined to not waste this opportunity.

A year into the streaming company’s experiment with a more artist-friendly payout model it termed “fan-powered royalties,” Canadian Musician quizzes SoundCloud’s VP of strategy, Michael Pelczynski, about what has been learned. Has it really benefitted indie artists like they predicted it would, and is it possible for this model to spread to the other, bigger DSPs and beyond independent music?

What Grammy-nominated Canadian musician played a dozen different flutes on the worldwide top-grossing film of 2020 The Eight Hundred, played with Stewart Copeland and Ricky Kej on this year’s Grammy-winning Divine Tides, gave flute coaching to a Sex in the City cast member, participated in a humanitarian music project in Cambodia through a personal introduction from Peter Gabriel, and can trace his family history back to a medieval Japanese warlord in the seventh century? Meet Ron Korb. ‍

Keyboardists have always had a lot of options in terms of sounds and instruments to use in their work, be it adding to someone else’s composition or creating their own. This year, we spoke to various players working in different genres to drill down into how they do that. As always, we're interested in the instruments and gear our panelists use, but we’re also looking for insight into their workflow and the approach they take to their work in terms of creating parts, composing music, and preparing for studio and live performance.

Every Issue Of CM Includes:

The latest in musical products and services