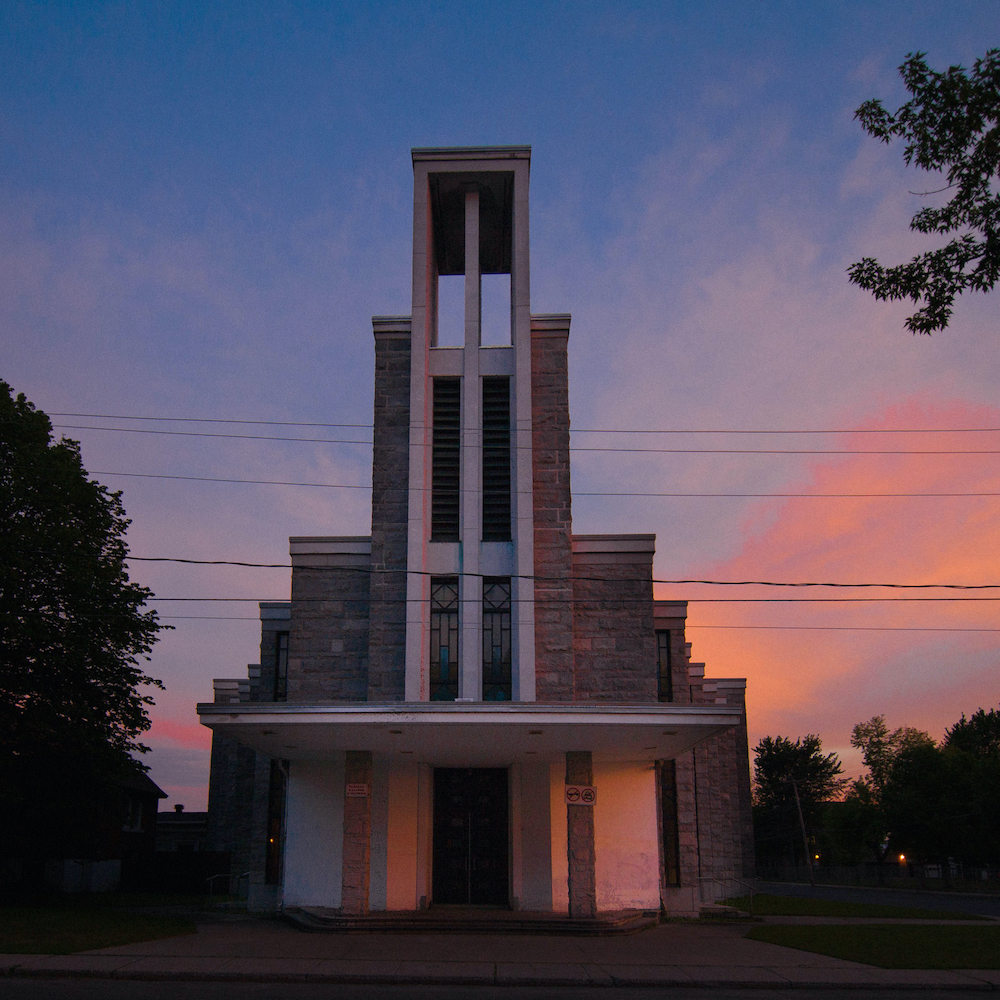 We Wrote Our First Song… Let’s Buy a Church

By
Contributor
on
November 22, 2021
Category:
Columns

This column originally appeared in the November/December 2021 issue of Canadian Musician magazine.

Every band or collaborative artist will eventually come to the point where their dreams need to be a little more organized and structured. That pivotal moment usually comes with questions to which we already have all the answers — or so we want to believe. What else could we look at when we already agreed to live in a van or someone else’s floor for the rest of our lives, knowing that gas money, half a sandwich, and cheap beer (okay, two beers could do the trick) is a perfectly sustainable future? Isn’t having some “plan B” a total lack of faith in your art? Any possible doubt is a complete lack of vision? If an illusion is a magnified fragment of reality — and therefore could be a roadblock in your creative journey — the measure by which you have to address reality could be pretty brutal, especially if your bandmates and collaborators have different ambitions. It could be very hazardous to navigate personal issues in a collective context, which felt so easy at first. And if splitting $100 into equal parts between five people was never too problematic at the beginning, it could escalate into a very tense, complex, and acrimonious climate when you want to reach the next level of your creative journey or when you all want to quit your day job (you weren’t there too often anyway…).

When we started Your Favorite Enemies a decade ago, we had the blessing and the curse to see our band grow incredibly fast. A blessing because it felt like everything would be simple and effortless. A curse because everything became painful and complicated faster than it all began. When people say the more people are involved in decision-making, the more problems there are, it is true. So, try to imagine six musicians alongside 15 other people, who are all involved in capital aspects surrounding the band, from operating your label (which was just a cool name at that point), to your shipping logistics, setting up your online store, and media departments… In other words, everyone was on Facebook. Meetings were either way too long or seriously too short. Every idea was the beginning of an exponentially growing disaster, the result of which depended on who was around to deal with the mess made — and the one with the initial good idea rarely being a part of the end game. For all those reasons (and more), trust becomes an increasingly significant currency. And trusting was my biggest challenge.

Forced to move from the little home where we were rehearsing — thanks to the neighbours who hadn’t realized they had the next Rolling Stones living next to them — we had to address the degree of commitment we all had, both the band and crew members. So, when I opened up about the necessity to move, the perspective of buying a place that would allow us to rehearse without having the cops knocking at our door every 10 minutes, everyone was on board. It was simple and effortless. Until it wasn’t anymore. Some of our friends decided to quit before it was too late, in an instant of great lucidity brought about by words like “mortgage,” living in a communal setting, and having to move to the middle of nowhere. What was supposed to be a promise to achieve that creative vision turned into a poignant goodbye for some of us. I can’t blame them, it was completely naive and inconceivably crazy to think it would actually work — let alone make a living out of it.

Those who stayed would soon realize that sometimes naivety and craziness are required to achieve the impossible, to see far beyond our own limitations, to give life to something that couldn’t have been conceived otherwise. And that’s exactly what happened to us. It got us all closer to each other. The dream was suddenly tangible. It wasn’t some distant make-believe, it was real enough to actually touch it. And if it wasn’t insane enough, we decided that buying a former Catholic church, along with the priest house, and turn it into a studio, offices, and living areas would be perfect. And considering the fact that so many churches were either for sale or almost abandoned all over Quebec, we were confident that it would be simple and effortless. You can guess the rest: it wasn’t.

Finding the place was easy. Making a buying offer was effortless. But the fact that no bank would finance a band buying a church made things interesting. That and the fact that the decision needed to go through all the religious organizations for our offer to be accepted, which took “only” six months, thanks to a member of the crew who remembered that someone in his family was a high-ranking bishop or something like that. Then it went fast. Not so much for finding the money, though. That took us several other months. We probably asked every single person we knew, even remotely, to loan us money. That process made our collective commitment incredibly real for everyone involved. The day before our offer deadline, we were still short by a good margin. But against all odds, we managed to do it, thanks to a very last-minute financial involvement from a friend. So, finally we were the proud — and burnt out — owners of a church, a huge empty space, and a priest house.

The next 18 months were dedicated to fixing the place by ourselves, a period that also got us closer to each other, adding a profound degree of accomplishment within what had become a community at that point. Over the following decade, it slowly became a unique recording studio, a proper record label, a multi-media facility, and a merch company. We wrote and produced several albums, including one nominated for Rock Album of the Year at the 2015 Juno Awards. We shared so many other fulfilling creative endeavours and evolved as friends, family, and business partners. The original six band members remain the same, as well as most of the original cast of misfits who joined us in pure madness and who now operate the different facets of our communal enterprise. We were even able to pay everyone back and honour those who had supported us in some way or another…

Again, naivety and craziness can go a long way when you are willing to trust, if only a little, those who are walking by your side, may it be for a short instant or for what seems to be the long run. Reaching your destination as fast as possible doesn’t really matter at some point anymore, it’s every step of the voyage that becomes truly priceless. Every phase of that process defines and redefines every aspect of what you once dreamed of or envisioned. But most importantly, it’s the communion and camaraderie that will keep on transforming you.

In short, whichever stage of your journey you find yourself at, it’s the people you share your projects with that will make it special or unique. That empowering source may never come from your peers or from those you may look after, and that’s the most fabulous element of life. More often than not, I realize that it’s through finding your people that you can find your purpose. As long as everyone has a piece of sandwich and their own floor space to sleep on, the rest is simple and effortless… Trust me.
‍

Alex Henry Foster is a Montreal-based singer, musician, writer, and activist who fronts the Juno-nominated alternative band Your Favorite Enemies. His solo debut LP, Windows in the Sky, was released in 2018 on Hopeful Tragedy Records, and he recently released Standing Under Bright Lights, a triple LP and DVD from his sold-out concert at the Montreal Jazz Festival. www.alexhenryfoster.com.