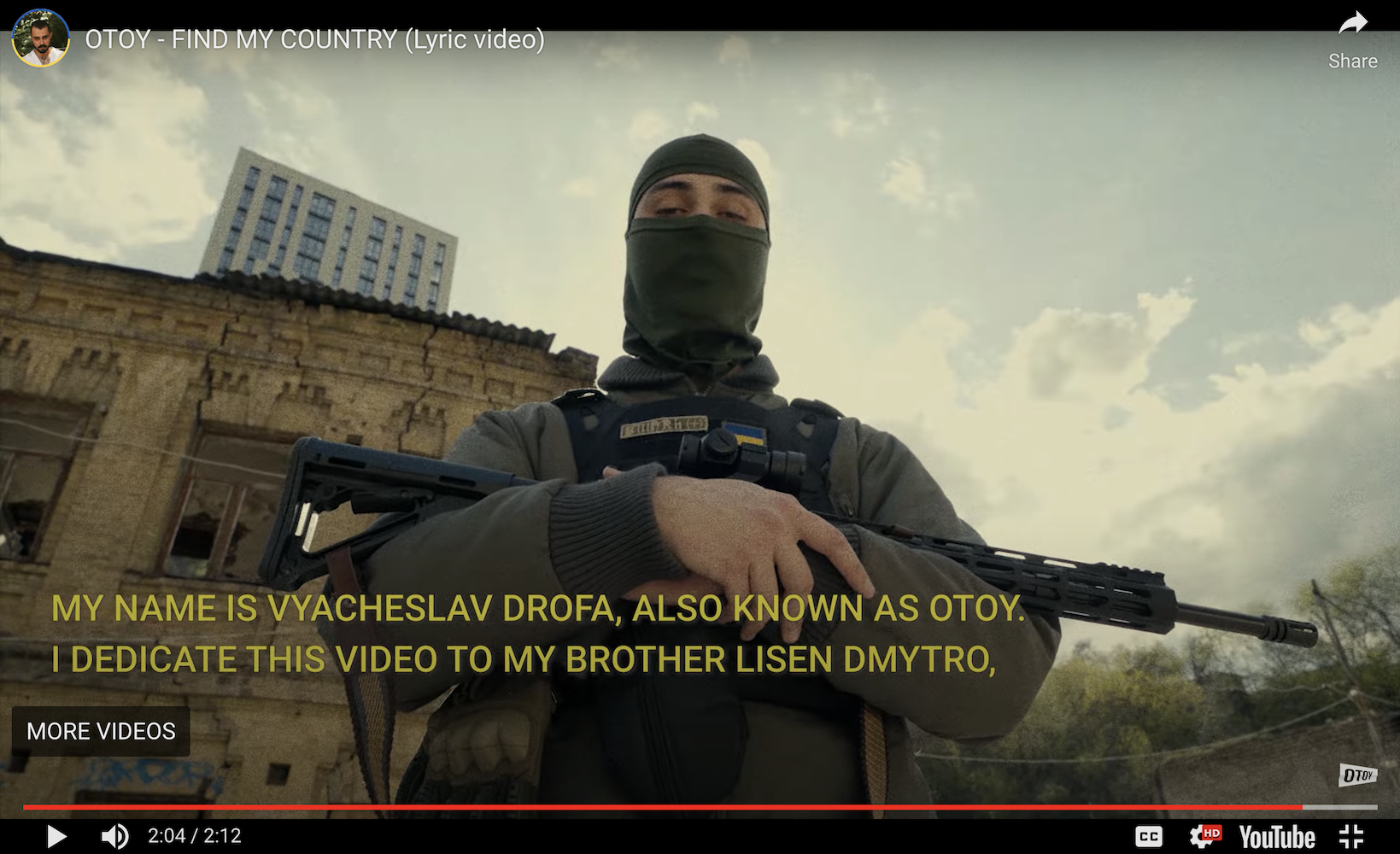 Resistance & Resilience: How Music Has Galvanized the Fighting Spirit in Ukraine

By
Contributor
on
September 26, 2022
Category:
Columns

This column originally appeared in the July/August 2022 issue of Canadian Musician magazine.

The war on Ukraine has focused the world’s attention on the malevolent attack on the human rights of women, men, and children of this sovereign nation. Ukrainians are leaning into justice and artists have traded their instruments for arms in order to defend their country. Despite this, as the conflict rages on, these furloughed musicians have been infamously using their true passion as respite for their fellow citizens.

Prescient examples include the lone pianist serenading survivors amongst the rubble of their former homes, violinists soothing those taking refuge in a bomb shelter, and seven-year-old Amelia famously singing “Let it Go” from the movie Frozen while hiding in a basement in Kyiv.

Music gives us license to feel and express our emotions, but can it also help fuel resistance and foster resilience to those continuing to defend their home? I spoke with two musicians/artists in Ukraine who are now part of the fighting resistance.

Serge Tiagnyriadno is a singer, multi-instrumentalist, producer, and studio owner in Kyiv.  Like most musicians around the world, he had to pivot during the pandemic and started to do weekly livestreams from his studio, called Crystal City, in order to reach fans and promote his music during the initial lockdown.

When the war started, the music stopped.  For 10 days, Serge lived and slept in the corridors of his apartment building for safety as the bombs dropped around him. On the tenth day, one of his bandmates contacted him with a new song he had written called “To Fight.” Serge began to work on the backing track and quickly realized that “being creative helps me forget.”

From there the idea was born to restart the studio livestreams, but this time in order to raise money for the local children’s hospital. Now, every Wednesday they are able to help spread their music and art, keep the story of the war present in our hearts and minds, and give much needed weekly donations to the hospital.

Viacheslav Drofa, a.k.a. OTOY, is a popular Ukrainian hip-hop artist who was performing at the country’s biggest music festivals and working on his debut album before the war broke out. He went from negotiating a record deal based out of Paris to delivering ammunition and rockets to the eastern front where the active conflict is currently taking place.

OTOY is a passionate and articulate young artist. He speaks highly of his country’s stance on independent expression in cultural pursuits and marks Putin’s evil as historic because “he is bombing art and theatre as well.” In-between his frontline duties he performs and helps to organize mini fundraising concerts in the western Ukrainian city of Lviv with a community of young musicians called Fusion Jam. Lviv is home to a large percentage of Ukraine’s internally-displaced people, including those who have fled Mariupol and lived through bombings, executions, and airstrikes. In OTOY’s words, “They need this music for emotional freedom.”

Please check out some of his music, including a poignant video tribute to his missing brother, which can be found on YouTube by searching “OTOY – Find My Country (Lyric video).” You can find him on social media: @otoysounds on Instagram and Twitter.

The unprovoked aggression and attempted annexation of parts of Ukraine by Putin’s regime is an abhorrent wound on our common humanity. While it may seem that melody and harmony is trivial against bombs and bullets, we only need to look at the examples above to see that music provides much-needed oxygen for the citizens of Ukraine to sustain their ability to sharpen their resolve and resist their current plight.

The artists I spoke to are resolute in their desire to “  ght to the end and not give up any territory.” It is powerful to see that music is playing an active role in the war of attrition, whether it is galvanizing the international community or bolstering the humanitarian response on the ground. Let us all hope that a swift transition to justice and peace occurs for all.

Darcy Ataman, M.S.C., is the founder and CEO of Make Music Matter Canada and Make Music Matter USA. MMM uses music therapy and the creative process, plus an emphasis on local leadership, to empower marginalized individuals and communities. Darcy is also a music producer and the co-founder of A4A Records & Publishing alongside producer David Bottrill.