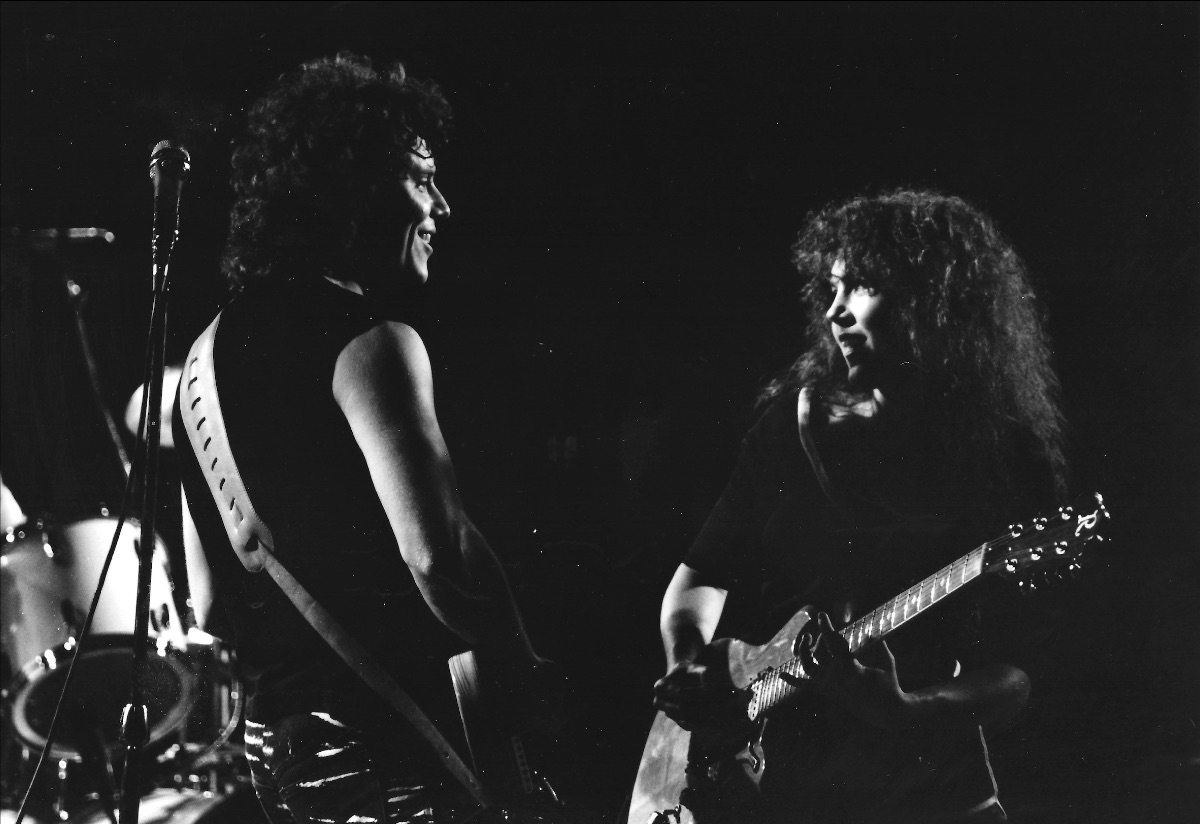 “What About Love” Enters Canadian Songwriters Hall of Fame

By
Contributor
on
September 22, 2021
Category:
News

The Canadian Songwriters Hall of Fame (CSHF) has announced the song induction for the emotive rock classic, "What About Love," which rose to international fame as one of the most successful hits for the band,Heart. The song was one of three written by Toronto bandmates Brian Allen and Sheron Alton, with Jim Vallance; and although it was infamously left out of Toronto's third album, it would ultimately become one of their greatest songwriting achievements.

The song induction will air on Global’s The Morning Show on Thursday, September 23, presented by the Canadian Songwriters Hall of Fame to the team of Allen, Alton and Vallance, along with a special appearance by Rock and Roll Hall of Famer, Ann Wilson.  As part of the virtual presentation, Toronto-based vocalist and songwriter, SATE, will be performing the iconic song live from the El Mocambo.

“'What About Love' goes to show that there’s a story behind every great song,” said Nicholas Fedor, Director, Canadian Songwriters Hall of Fame.  "The song not only changed the trajectory for Heart, marking their first hit out of the gate with Capitol Records; but ironically became a hit after Toronto disbanded. As well, Jim Vallance continued his highly successful hit-writing partnership with Bryan Adams, Aerosmith and many others."

Allen, Alton and Vallance co-wrote the song in 1982 to fit a title that Vallance suggested, and the band recorded a demo, but later voted to leave it out of their third album.  Allen remembers: “We had an overage of repertoire...and thought (the song) didn’t fit with the others…it was all about fit.”  The band members voted on ballots tossed into a hat, and What About Love didn’t make the cut.

‍
Vallance explained, “I thought it was quite a good song, but unfortunately they decided to leave it off the album. So the demo sat on a shelf for a few years.”

Fast forward three years later to 1985. As Allen told FYI Music News, “I played the demo for What About Love to Mike McCarty, who was then at ATV Music Publishing.  He stopped the cassette partway through and said ‘I think I could work with this one.’”  McCarty sent it off to the producer for the rock group, Heart, who happened to be searching for a strong single for their next album.  Since Heart’s first album had been produced in Canada and the Wilson sisters had lived in Vancouver for several years, the song from three Canadian songwriters was an easy fit.

Heart recorded a version that was very close to the original demo, and as Ann Wilson described, “My job was to take it and bring out the strength in it.”  And she did just that. Wilson’s powerhouse vocal with an especially emotive chorus and heartfelt cry, “What about love?” replays in the listener’s mind long after the song ends.

The single enjoyed 12 weeks on the Top 40 charts and became Heart’s first Top 10 hit in five years. In addition to garnering BMI and PROCAN Awards, the song catapulted the multiplatinum selling album “Heart” which earned a Grammy nomination, and rose to No. 1 in the US and No. 3 on the Adult Contemporary spot in Canada.

As Brian Allen later laughed, “One of the smartest dumb things I ever did was voting that song out of the album!”

Toronto bandmates Brian Allen and Sheron Alton, with Jim Vallance co-wrote "What About Love" in 1982, which would become one of the most successful hits for the rock group Heart. The song will be inducted to the Canadian Songwriters Hall of Fame.

Toronto themselves did not release What About Love until 2002, when Solid Gold Records added the track as a bonus on their re-issued “Get It On Credit” album.  Guitarists Brian Allen and Sheron Alton had four platinum albums with Toronto.

Allen is a sought-after producer, has been an executive with SOCAN, a major-label A&R Vice President, and currently serves as a Director on the Board of the Country Music Association of Ontario.  The multiple award-winning Jim Vallance is one of Canada’s pre-eminent songwriters and is the composer behind numerous international hits with Bryan Adams and other top artists.

Following the virtual induction presentation on September 23, What About Love will take its place in the Canadian Songwriters Hall of Fame’s permanent home at the National Music Centre in Calgary, which features a celebrated catalogue of inducted songs that fans can listen to in addition to displays, exclusive artifacts and one-of-a-kind memorabilia celebrating Canada’s greatest songwriters and Inductees.