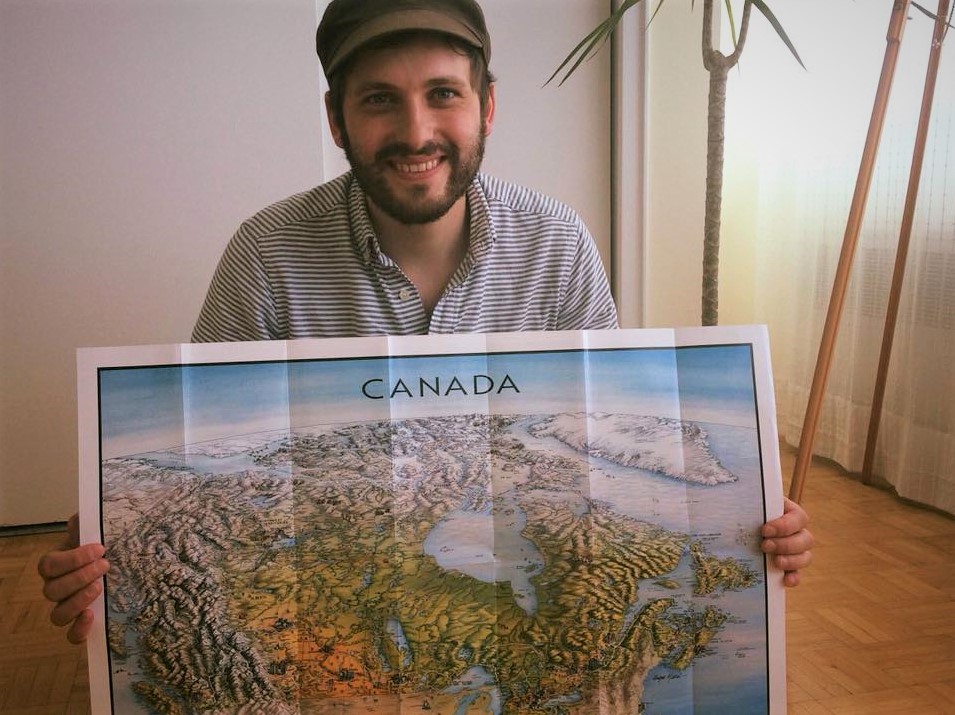 The Concept of an Album: Turning a creative assignment into an adventure

This column originally appeared in the September/October 2021 issue of Canadian Musician magazine.

The art of making an album is one of the most freeing adventures – there are no rules. You can record a handful of songs in one room over a short period, or songs can travel through time and space by visiting different studios with years and miles between. As far as the number of songs, the duration, the genre, there are no guidelines. The full-length album is an artform in itself.

As I write this, it’s the first time in 12 years that I am not actively working on a concept album. I’m free from the shackles of my own personal assignments, ready to continue creating with experience in tow. I may never make an album with such grand concepts again, but my Winter and Coast to Coast albums as The Sun Harmonic simply had to become what they are. There’s a lot to gain from making records, for myself that meant devoting my entire twenties to two overlapping (and never-ending) projects. Call it passion or stubbornness, in the end you can accomplish more than a new album by staying true to your dreams (i.e. travelling all the way across Canada to record an album from coast to coast).

I’ve learned that an inspiring concept helps drive you to create an album with unexpected results. Even if the idea doesn’t go as planned, it will likely be more beautiful than you ever imagined. Embrace mistakes and derailments of the project along the way! Meet your dreams at the finish line, and orchestrate a complete body of work that tells your story from the heart.

You will hear people say the album format is dead or outdated, but that’s not true for everyone. You’re still allowed to indulge in an album in its entirety, to listen from front to back on vinyl, or hit the shuffle button on Spotify. Neither format is right or wrong, technology will suggest one playback medium is superior to the other, but convenience serves a purpose in the way we listen to music today. The full-length album is an invitation to choose your own adventure. Whatever genre you’re creating, approach the album with a jazz musician’s mindset: improvise! If you make a mistake, don’t stop playing. Find your way back and take control, just like you would at a live show.

Remember, your idea can adapt! Circumstance, magic, tragedy, roadblocks — they’re all a healthy part of the creative process and not meant to be a deterrent. Mistakes and compromises can produce beautiful results. Momentary frustrations can become something that, in hindsight, was meant to be. Technical difficulties may force you to relocate and land in front of the perfect ribbon microphone at a completely different studio (hey, it happened to me).

Set your own parameters that will interfere and in turn inspire you creatively. An important lesson is to fulfill your ideas, no matter the cost. If you plan to spend months on a project and instead it takes years, accept the passing of time as a way to infuse the art with your experience. Will your song sound better when it’s recorded as a 31-year-old than when you wrote it at 20-something?

One of the hardest things to do is to stick to the ambitious concept and vision behind an album. Any artist can lose sight along the way — you may lose interest in the songs, rework them endlessly, or external life gets too heavy. Throughout the album-making process you may face trauma, your own faults and fears, injury or heartache, all bookended by moments of pure beauty and reflection. Face it head-on and look ahead. Life as a musician is spent wading through time, practicing patience until you’re in front of the microphone once more.

Personally, I never dreamt that I’d be finishing my album on my days off as an essential worker during frigid winter lockdowns from a global pandemic. There were moments where, in minus-25-degrees, I turned off the heat in the delivery van just so I could listen clearly to my final mixes and make mental notes on the road. The exterior stress and creative fire were more than enough inspiration to distill the album. Sometimes, the payoff is the experience rather than any measurable payback.

So, don’t allow the lesser aspects of life steer you away from making music. Invite chaos and make sense of it. The world will keep turning whether or not we create our art, but it is undoubtedly a more beautiful place by doing so.

I want to thank Michael Raine, Canadian Musician’s editor-in-chief, who first spoke with me about my cross-country album on the Canadian Musician Podcast (listen to the July 21, 2021 episode). I’ve been reading this magazine since I was a small-town high school musician with a guitar and only a few songs, so it’s an honour to write this column and appear in this issue.

Kaleb Hikele is a singer-songwriter from St. Thomas, ON and based in Toronto’s east end. Coast to Coast, his fifth Sun Harmonic studio album, is available now on vinyl (streaming Oct. 1, 2021). Kaleb has operated The Townhouse Recording Facility & Sound Studio in Riverdale since 2009, producing dozens of albums for Moon Melody in the early 2010s and focusing now on his output as The Sun Harmonic. Follow @thesunharmonic. www.thesunharmonic.com.