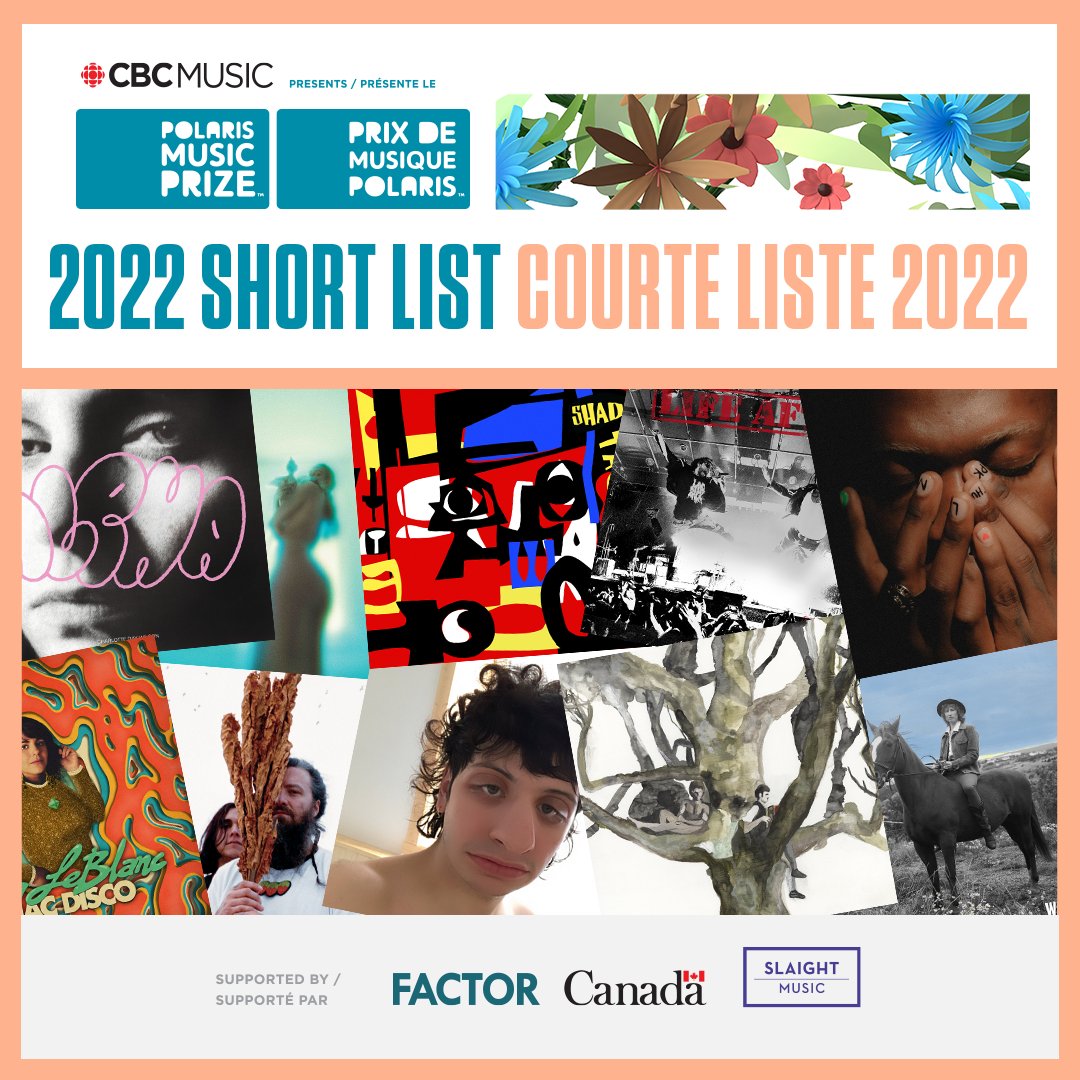 The Polaris Music Prize has unveiled the 10 albums on its 2022 Short List.

For the first time since 2019, the winning album will be revealed live at the Polaris Gala. The Gala will once again be held at The Carlu in Toronto on Sept. 19, the venue that has hosted the likes of Glenn Gould, Billie Holiday, Frank Sinatra, and multiple Polaris events. General admission tickets to the Polaris Gala are currently available via Ticketmaster.

The new nominees were revealed during the Polaris Prize Short List Special, which aired on July 14th across Canada via CBC Music and CBC Listen.

“This year's 2022 Short List captures the ambition, creativity, and boundless potential of Canadian music from coast to coast. Bravo to our 10 nominees, and a huge thank you to our esteemed jury for offering their time and expertise. For the first time in a few years, I'm thrilled to suggest that if you have the opportunity to see any of the artists on this Short List live, you should. We're all long overdue,” says Polaris jury foreperson Melissa Vincent.

With the announcement of the 10 nominated albums, CBC Music is kicking off Short List Summer: a season-long deep dive into the nominated records and the artists who made them. Short List Summer will be anchored by CBC Music’s THE TEN, a series of one-hour weekly radio specials hosted by A. Harmony, broadcasting each Sunday on CBC Music and CBC Listen at 6:00 p.m. (6:30 NT) starting Sunday, July 17, until Sunday, September 18. Each week, THE TEN will take an in-depth look at one of the 10 nominated albums in the lead up to the 2022 Polaris Prize winner announcement. The first episode of THE TEN will feature Shad, the only artist to have ever made the Polaris Short List on five separate occasions.

Short List Summer will also include Shortlist Shortcuts, a cbcmusic.ca editorial series beginning Monday, July 18, that highlights one important gateway song from each of the nominated albums, as told by the short-listed artists. This will be accompanied by an artist-led video series that delves into each gateway song, and will be shared to CBC Music's TikTok and Instagram pages. Follow CBC Music on Instagram, TikTok, Twitter and Facebook for more Polaris Music Prize content that will explore the Short List albums and the artists behind them.

The Polaris Music Prize awards $50,000 to the artist who creates the Canadian Album of the Year, judged solely on artistic merit, without consideration for genre or record sales. The nine other nominated acts whose albums make the 2022 Short List will receive $3,000 each courtesy of Slaight Music. Additionally, Polaris Music Prize has partnered with Play MPE to award the winning artist with a global music promotion distribution package for one release (single or album) worth up to $3,025 CAD. Play MPE will also gift all nine remaining Short List artists with distribution packages worth up to $1,000 CAD each.

For more information, go to www.polarismusicprize.ca.