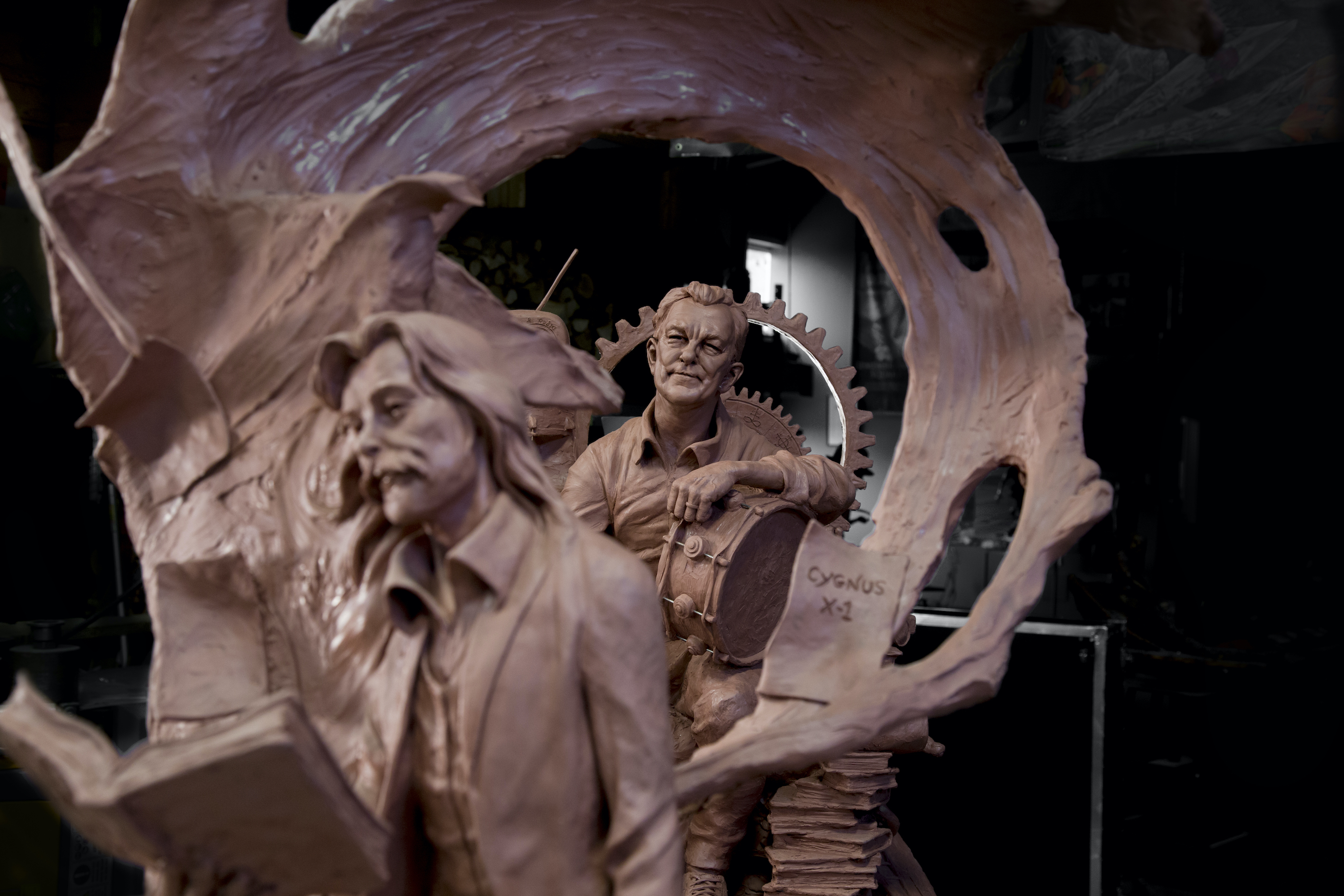 An artist has been selected to develop a public work of art in honour of late Rush drummer Neil Peart at Lakeside Park in St. Catharines, ON.

The City of St. Catharines’ Neil Peart Commemorative Task Force has selected artist Morgan MacDonald of The Newfoundland Bronze Foundry (Morgan Sculpture Inc.) to create the memorial in Peart’s honour alongside the Neil Peart Pavilion in Lakeside Park – a place that inspired the lyrics to the famous Rush single of the same name. The Newfoundland Bronze Foundry was selected as the highest-ranked proponent by an evaluation committee after a competitive process.

The concept from the creative team includes two larger-than-life-sized bronze sculptures of Neil Peart. The sculptures will be connected by a pathway offering experiential and interpretive features providing insight into Peart’s personal and professional legacies, including his time with the band.

The sculptures will be surrounded by elements representative of his life as a poet, novelist, and lyricist. Sabian Cymbals will provide a few of Peart’s old and damaged cymbals to be melted down and incorporated into the monument’s features. The pathway connecting the sculptures will amplify the visitor experience with seating areas for reflection, interactions with light and sound, supporting landscape features, and a place to recognize those contributing to the legacy project.

“Our monument and site design concepts are the results of an extensive personality interpretation and expression exercise that ensures meaningful relevance to people, place and legacy,” MacDonald, the sculptor, said in the team’s submission. “We are proud of this effort and its results.”

The selection of the design and artist, chosen from a shortlist of seven recommended artists through the City’s procurement policy, is another milestone in the process – and will help build momentum for the fundraising campaign.

“I liken the process to asking a die-hard Rush fan to choose the one song they think exemplifies and captures the true essence of the band. How do you choose? The quality of the artist submissions made it very difficult to pick only one,” said David DeRocco, chair of the Neil Peart Commemorative Task Force. “There were many incredible elements and ideas presented, but this was about more than Neil the musician. In the end I think fans will be happy with the installation. What we need now is for those same fans to help us reach our fundraising goals so we can get it built.”

The project and its timelines are contingent on the task force raising the $1 million fundraising goal established for the project. Donations of any size can be made towards the memorial project online at www.stcatharines.ca/neilpeart. The sooner the task force can achieve its fundraising objectives through the generosity of Peart’s fans, the sooner the community and his fans will be able to see the results.

“We’re excited the task force has selected a design. We know the community – and the Rush community across the globe – has been really interested in supporting this, and I know this will help stimulate the fundraising efforts now that they can see what this showpiece will look like, and how it will draw visitors to Lakeside Park,” said the City’s Manager of Business Planning and Strategic Services Eric Lamothe. “I look forward to working towards our next milestone by achieving our fundraising goals, and start work to install the public art work – a lasting memorial that will befit Neil’s legacy.”

“The City of St. Catharines would like to thank the Neil Peart Commemorative Task Force for all of its efforts to date. I am looking forward to the day we can come together to celebrate the installation,” said St. Catharines Mayor Walter Sendzik. “Port Dalhousie is a place where Neil spent the formative years in his life, even working at Lakeside Park’s former midway. He learned to play music here, launching his career as a writer and musician who is recognized as one of the best all-time drummers in history.”

For more information, go to www.stcatharines.ca/neilpeart.