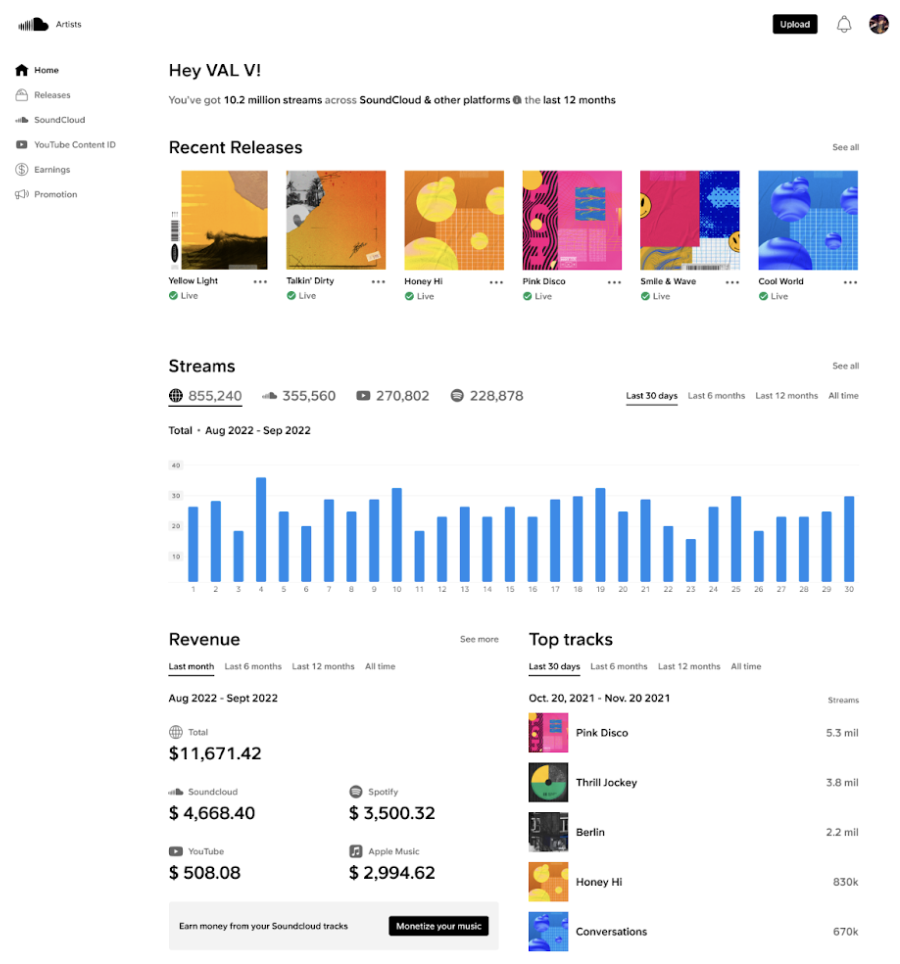 In a blog post for the company announcing the launch, Tracy Chan wrote: "SoundCloud continues to be a creator-first company, focusing on what artists need to build their careers and thrive. We believe that artists, producers, and songwriters are the driving force that continues to push what’s Next. We believe that what’s next isn’t determined by algorithms and gatekeepers, but that the true path toward a long and successful career is best achieved by cultivating deep fan relationships and community. We believe that artists should be rewarded directly by their fans, so we launched Fan-Powered Royalties, a revolutionary new model that allows artists to be paid based on fans' actual listening habits.

As part of this launch, SoundCloud has renamed subscription plans as such: SoundCloud Basic is now Next; Repost is now Next Plus; and Pro Unlimited is now Next Pro. For detailed information on plans, go here.

"You still have the same access to all your favourite tools and benefits of your subscription with these new plan names at no additional cost. The launch of SoundCloud for Artists and new names of our subscription plans set the stage for what’s next, with new products, features, and services to come," Chan adds.

The new, streamlined SoundCloud for Artists dashboard provides simplified access to all of a subscriber's monetization, distribution, and promotional tools in one location. As well, through "artist insights," they can get more information on who their biggest fans are and what tracks they’re listening to the most.

SoundCloud says that all existing tracks and releases have already been automatically migrated to artists' new dashboards, which can now be found under their new SoundCloud for Artists account.

For more information, go to artists.soundcloud.com.