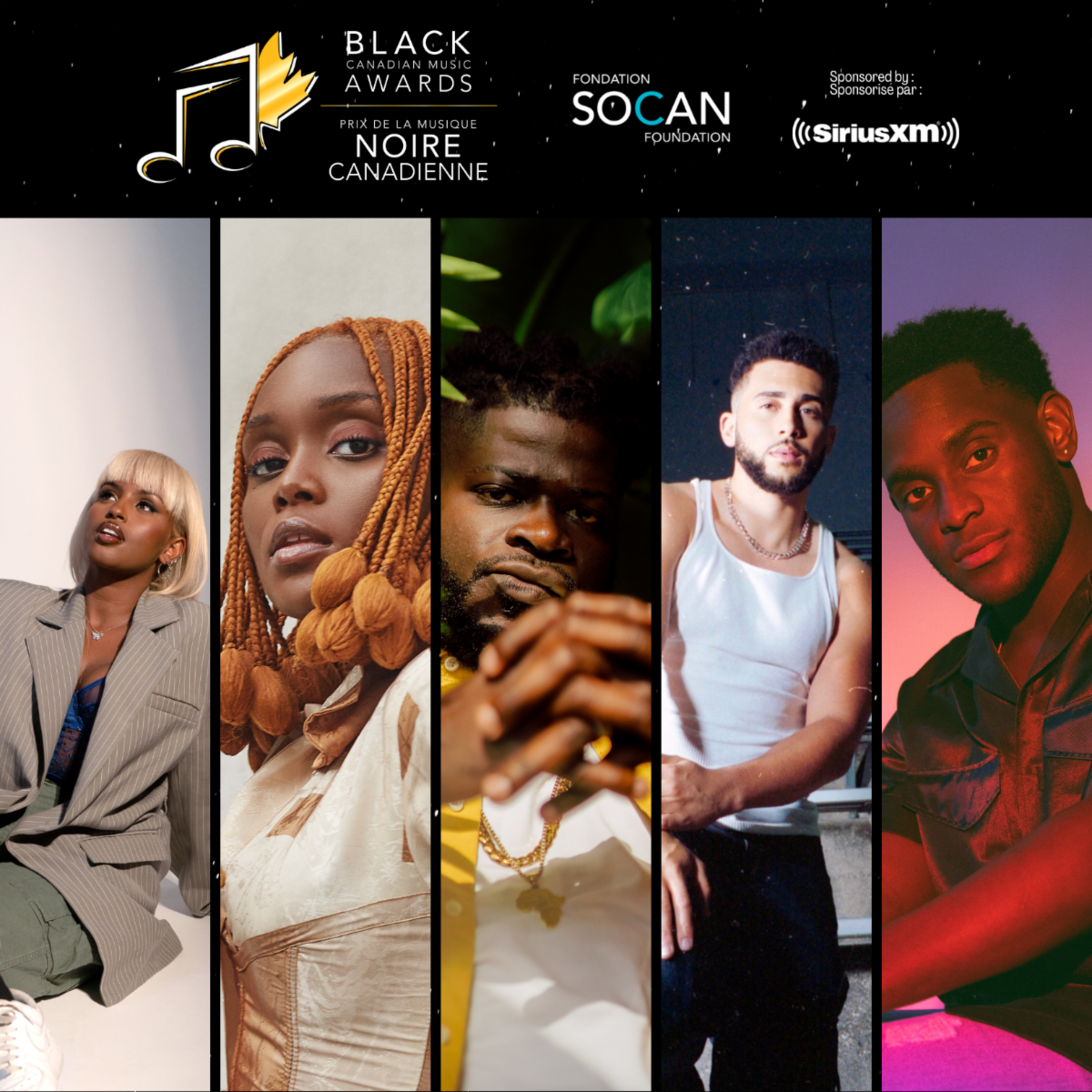 The Black Canadian Music Awards were created to recognize and celebrate the artistic merit demonstrated by Black music creators of any genre. The five selected winners will each receive $5,000, made possible by SiriusXM Canada, to support their career development.

“This award is an opportunity to highlight Black creators. I am happy to have been a part of the Black Canadian Awards since its inception and am thrilled to continue to see such incredible talent come through the submissions,” said Keziah Myers, Executive Director at ADVANCE Music Canada and Award jury member. “This year's winners are bringing fresh sounds to the industry, and we are ecstatic to see them honoured in this space (through SOCAN Foundation).” Myers was part of the SOCAN Foundation committee that created the Black Canadian Music Awards, and she has also served as a jury member for the last two years.

“We’d like to extend a sincere congratulations to all the incredibly talented and deserving winners of this year’s Awards,” said Kayla J. Schwartz, Senior Manager, Communications & Canadian Content Development at SiriusXM. “We’re so proud to continue partnering with the SOCAN Foundation on spotlighting Black creators in Canada and can’t wait to see what’s next for this year’s recipients”.

Raised in Brampton, Ontario, Falana’s upbringing was soundtracked by a diverse music selection that has shaped her penchant for genre-defiance, soul and pop to R&B and afrobeat. As soon as she was able to, she moved to Toronto to pursue music, where she balanced day jobs with relentless gigging at night. Featured in Vogue, Complex, Earmilk and The New Yorker, Falana stands out not only with her music, but also with stylistic expressions. Falana's sophomore EP titled Rising is themed around women’s empowerment, disrupting the often-one-dimensional view of women that is constantly portrayed.

Rising pop R&B singer IDMAN’s sound is a melting pot of genres, with soul-stirring lyrics that connect to the deepest part of listeners. Raised in Toronto and based in Los Angeles, the much buzzed-about artist creates a unique sound of her own, with sultry R&B vocals and intentionally playful and sharp lyrics, accompanied by electrifying pop production and hard-hitting beats. Named by Dazed as one of “2021’s Next Gen of Pop”, IDMAN has already gained massive support for her first two singles, “Down for It” and “Polytics”, amassing over 2 million streams and counting.

Toronto’s Jon Vinyl is a 24-year-old artist whose keen sense of emotion has given listeners the ability to tap into nostalgic moments of teenage love and a personal soundtrack to daydreams of past relationships. Jon’s soulful records occupy a sound that has an air of sophistication and vulnerability. Strummed guitar and waving synths fall into a soft spot between pop and soul, laying the perfect framework for the rising artist’s open and honest accounts of his own run-ins with love.

Ottawa-born vocalist, songwriter and producer Maurice Moore made his presence known shortly after he hit the scene in 2015, whether with his own viral singles and mixtape releases or his credits writing songs for the likes of Chris Brown, Justine Skye, H.E.R., Zara Larsson, Kiana Lede, and K Pop royalty EXO & NCT dream. Thanks to his introspective rap style and soulful R&B crooning, this young star has rightfully earned the endorsement from tastemakers such as Billboard, The Fader, BET, Earmilk, and Noisey. After show stopping performances at SXSW, on Kehlani’s “SweetSexySavage” tour, and Ro James/BJ The Chicago Kid “The R&B Tour”, Maurive was coined by CBC as “Canada's next R&B Superstar”.

Nigerian-Canadian musician Shopé embodies the new African aesthetic; globally-minded, deeply rooted in tradition, yet steeped in the west. Having emigrated from Lagos to Toronto, the singer/rapper’s personal and musical narratives weave tales of poverty, determination, and love, through a masterful blend of the fast-rising Afrobeats sound with already established Hip-Hop/R&B, aptly called Afrofusion. The 2019 CBC Searchlight winner and alumnus of the prestigious Allan Slaight JUNO Masterclass has a passion for connecting cultures, setting him apart as a one-to-watch international artist and empowering those in the African diaspora and beyond.

For additional information on SOCAN Foundation and its programs, visit socanfoundation.ca.