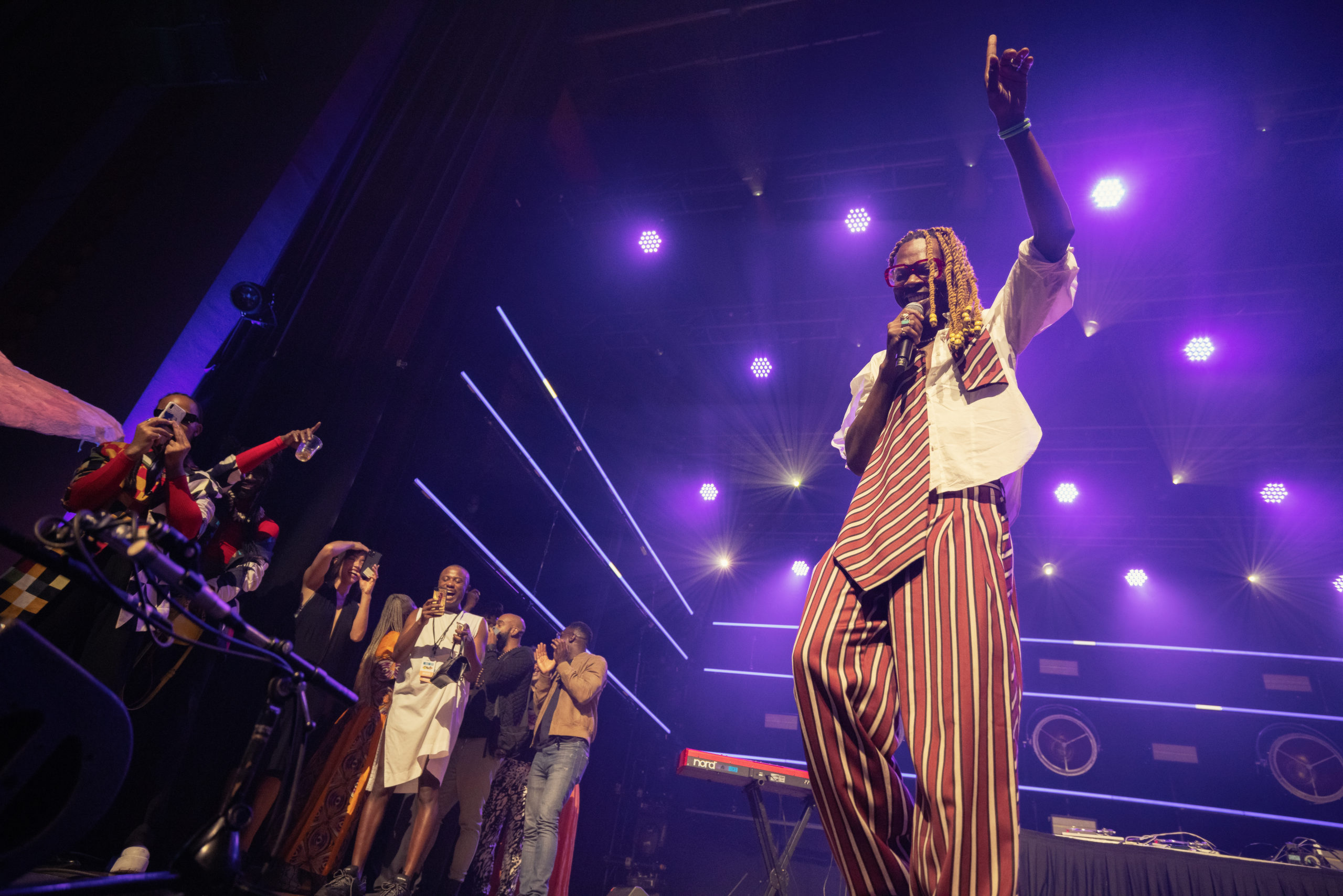 The Prize, which was presented by CBC Music, goes to the best Canadian album of the year based on artistic merit without regard to genre, sales history or label affiliation. It was determined by a grand jury of 11 music media professionals drawn from the greater Polaris jury pool of 197 writers, editors, broadcasters, DJs, and personalities from across the country. This was the 17th edition of the Polaris Music Prize.

“This is crazy, I don’t even know what to think. This is for all the kids from the diaspora, the African diaspora, moving in Canada. Sometimes you feel like you don’t know what you’re running into, or what you’re coming into. But there is hope, there is a place to live and dream and be yourself. This album, especially, is about being yourself and telling your own story. José Louis And The Paradox Of Love is there for you, you know, if you feel you can connect, connect! Let’s talk! Let’s have fun! Let’s be ourselves! Let’s love each other, while we are alive. Bisou!” Kwenders exclaimed during his acceptance speech.

Kwenders’ victory came with a $50,000 monetary reward with the nine other Short List nominees each received $3,000 courtesy of Slaight Music. Additionally, Play MPE awarded Kwenders with a global music promotion distribution package for one release (single or album) worth up to $3,025 CAD. Play MPE will also gift all nine remaining Short List artists with distribution packages worth up to $1,000 CAD each.

Hosted by CBC Music’s Angeline Tetteh-Wayoe, the Polaris Gala was broadcast in Canada on the free CBC Gem, CBC Music’s Facebook, YouTube and Twitter pages and globally at cbcmusic.ca/polaris. The coverage was part of CBC Music’s Short List Summer, a massive editorial campaign across its services which included essays and videos focusing on this year’s Short List nominees as well as The Ten spotlight radio series. Devoting one episode to each of the Short List nominees, The Ten aired throughout the summer via CBC Music and CBC Listen. Episodes of The Ten are available on-demand here and you can re-watch the Polaris Gala on CBC Gem.

"It's always an incredible honour to oversee the Polaris Prize Grand Jury. After a hiatus from gathering in spaces of live music, the generous, heartfelt, and astute discussion from our devoted Grand Jury matches the undeniable spirit of excitement in the air,” said Polaris Jury Foreperson Melissa Vincent. “Their zeal symbolizes the many, many excellent Canadian albums recognized. What a year! We couldn't be more pleased to congratulate Pierre and all the nominees!"

The return of Polaris’ signature live event wasn’t just a celebration of exceptional music, it was also a celebration of art and community. The night kicked off with the first-ever Official Gala Opening Reception presented by FACTOR. The reception was an opportunity for Canada's music industry to come together to connect and celebrate together and featured a guest list that included past Polaris winners as well as an array of Polaris Short List and Long List nominees from 2020 and 2021. Inspired by the mysterious music of Canada’s natural landscape, The Carlu was transformed into a large-scale light and sound installation by creative director Daniel Tal using creative 4D floral designs from Alex McLeod as well as installations from local artists Odessa Dobbie, Graham Teeple and Lauren Pirie, all produced by Vox Future. The official #Polaris2022 After-Party was in The Carlu’s magnificent Round Room immediately following the winner announcement.

The Polaris Gala capped a busy three months in the Polaris universe. Polaris released its 40 nominee album Long List on June 14 before narrowing down that to the 10 contender Short List on July 14. The Polaris Music Prize 2022 Poster Launch & Exhibition, a month-long gallery takeover at Underscore Projects (1486 Dundas Street West, Toronto) opened on September 8 to showcase Polaris’ vast archive of silkscreen art posters inspired by its many past nominees. Additionally, the Polaris Gala marked the official reveal of the 12 albums being considered for the 2022 Slaight Family Polaris Heritage Prize, our hall of fame-minded critics prize/public polling campaign celebrating Canadian albums of the past. Two new Heritage Prize-winning albums will be announced on October 21.