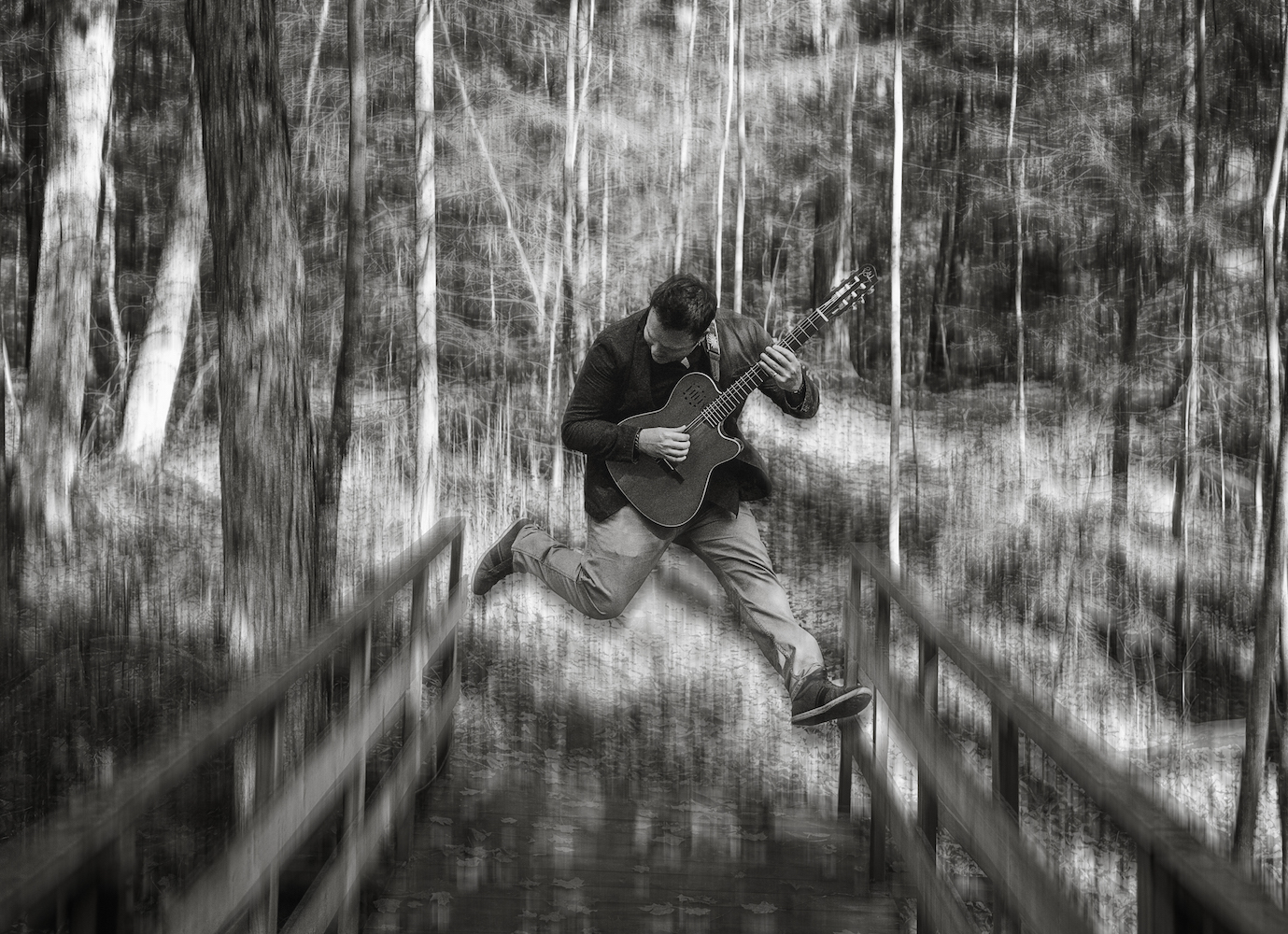 By
Contributor
on
November 20, 2021
Category:
News

Canadian Musician is pleased to share the brand new song from our friend and contributor Jeff Gunn -- “Spiritus Momentous (Never Give Up Opus 2)” feat. Koi Anunta and Mike Sleath. The new song sets the uplifting tone for the songs to follow on Gunn’s forthcoming album, Momentum, recorded by and featuring co-production with guitar guru Antoine Dufour (due for release in May 2022).

A soaring blend of guitar, violin (Koi Anunta), and cajón (Mike Sleath - drummer for Shawn Mendes) features Gunn’s original combo of percussive rhythms and harmonic melodies that carry a mainstream sensibility that crosses genres and touches the human spirit. Spiritus Momentous is the second piece, or Opus 2, in the Never Give Up series by multidisciplinary artist Terrence Jon with whom Gunn has composed and performed.

The “Spiritus Momentous” video has been released as a guest feature on one of the world’s top acoustic guitar platforms, CandyRat Records, and will be the first of a string of singles to be released leading up to Gunn’s Momentum album in May 2022.

For more about Jeff Gunn, go to www.jeffgunnmusic.com.