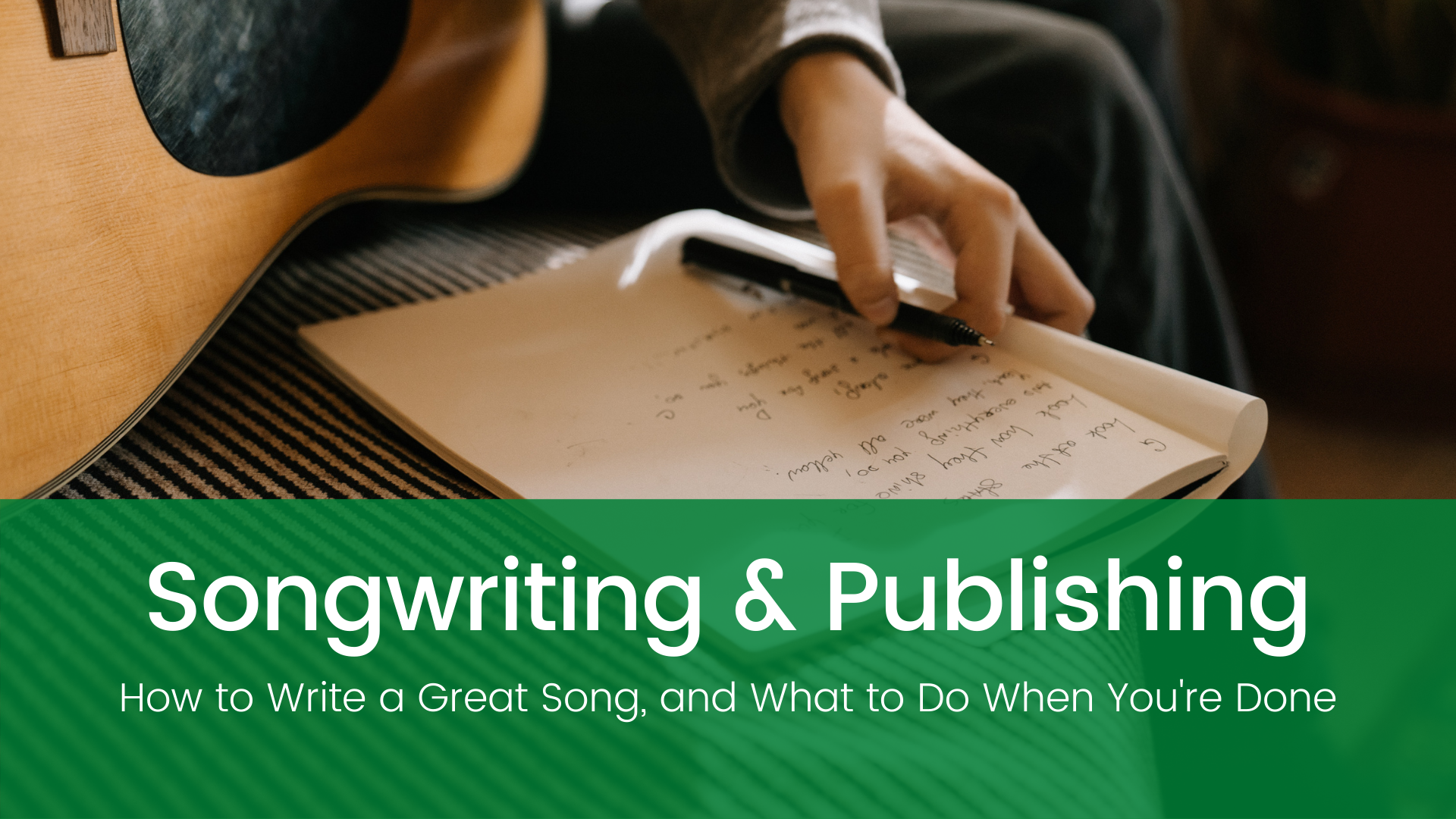 NWC Webinars: Songwriting & Publishing: How to Write a Great Song and What to Do When You're Done

There's nothing that makes a song unique more than the way that it was written; the thoughts and feelings behind the words, the use of imagery to create worlds in the mind of the listener, and the voices of the stories being told. Once the song is written and ready to be released, then comes the question of publishing; why should you do it, and how do you go about it?Producer, songwriter, and Canadian Musician Consulting Editor Andrew Leyenhorst and special guests discuss the principles of songwriting and the creative process, as well as what to do on the business end when it comes time for your songs to be published.Leyenhorst is joined by songwriter, multi-instrumentalist, and producer Ian D'Sa, best known for his work writing for, playing in, and producing seven-time Juno Award-winning rock band Billy Talent. D'Sa has also produced for and co-written with artists including The Lazys, Die Mannequin, Say Yes, Diemonds, and more.Alongside Leyenhorst and D'Sa will be Michael McCarty; a veteran publisher, a Canadian Music Industry Hall of Fame inductee, and CEO of Canadian music rights management company Kilometre Music Group. McCarty was president of EMI Music Publishing Canada for 17 years, spent four years as the president of Anthem (formerly Ole), and prior to co-founding Kilometre Music Group, spent seven years as SOCAN's Chief Membership Officer. Throughout his career, McCarty has worked  in various capacities with artists including Neil Young, Drake, Alessia Cara, and Bryan Adams.