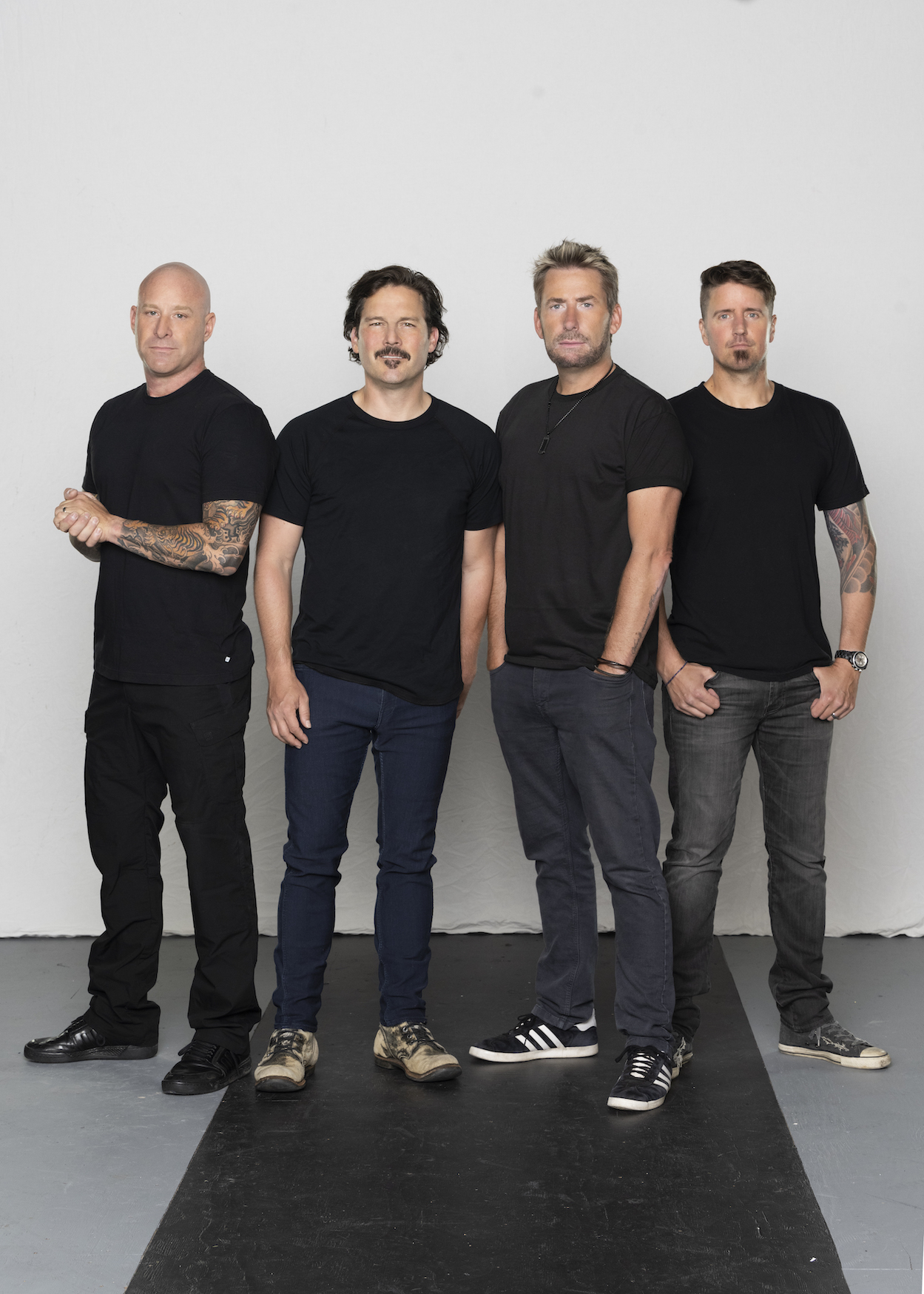 Nickelback to be Inducted into the Canadian Music Hall of Fame

The Canadian Academy of Recording Arts and Sciences (CARAS) and CBC announced that globally-renowned rock band Nickelback will be inducted into the Canadian Music Hall of Fame as part of The 2023 Juno Awards. The news was shared during a press conference at Rogers Place in Edmonton, where next year’s award show will be held.

Taking place in Nickelback’s home province of Alberta on March 13, 2023, the ceremony will appear on the Juno Awards Broadcast, produced by Insight Productions. It will also stream live across Canada, at 6 p.m. MT/8 p.m. ET on CBC TV, CBC Gem, CBC Radio One, CBC Music, CBC Listen, and globally at CBCMusic.ca/junos and CBC Music’s Facebook, YouTube and Twitter pages.

With a list of accolades that includes 23 chart-topping singles and more than 10 billion collective streams globally to date, Nickelback’s induction ceremony will look back at their 20+ year career and influence on rock music, in Canada and around the world. The festivities will also include a live performance from the band.

The Canadian Music Hall of Fame was established by CARAS in 1978 to acknowledge artists who have made an outstanding contribution to Canadian music, both nationally and globally. Nickelback will join the ranks of Canadian music icons spanning many genres including Deborah Cox, Alanis Morissette, Buffy Sainte-Marie, Barenaked Ladies, Jann Arden, Joni Mitchell, k.d. lang, Leonard Cohen, Neil Young, Oscar Peterson, RUSH, The Guess Who, The Tragically Hip, Sarah McLachlan and Shania Twain. The Canadian Music Hall of Fame has a permanent home within the National Music Centre situated inside Calgary’s Studio Bell. A new exhibition exploring Nickelback’s legacy will open on March 9, 2023. More details will be announced closer to its opening.

Nickelback’s continuously growing list of achievements includes many award-winning hit releases, such as “How You Remind Me,” “Photograph,” “Someday” and “Rockstar,” which have all received considerable global attention and allowed the band to remain at the forefront of the music scene in Canada and around the world. The diamond-certified quartet is one of the top-selling acts of all time, having sold out 12 consecutive tours and played for well over 10 million adoring fans worldwide.

“Returning home to Alberta, where everything started for us, is truly a full circle, milestone moment for the band,” says Chad Kroeger, Nickelback frontman. “We take so much pride in our Canadian roots and are extremely humbled by this honour.”

“A true Canadian success story, with 12 JUNO awards on their mantles already, Nickelback’s upcoming induction is a testament to the role they’ve played in shaping the country’s rock music history,” adds Allan Reid, president and CEO of CARAS/The Juno Awards. ”For more than two decades, we’ve watched them grow from a local indie band to globally renowned rockstars. On March 13, we’ll acknowledge how exceptional this career trajectory really is.”

Nickelback’s history dates back to 1995 in Hanna, Alberta, where they got their start playing covers in a band called Village Idiot, a nod to the small-town nature where they played and grew up. In 1996, Chad, alongside Ryan Peake, made the 10-hour trek west to follow Kroeger’s brother and bandmate, Mike, to Vancouver, where the band still resides and continues to make music today.

The band’s numerous smash hits, coupled with worldwide sales of over 50 million albums sold, seals their status as one of the top-selling acts of all time and the second best-selling foreign act of the 2000’s in the U.S., behind only The Beatles. The wildly popular smash hit, “How You Remind Me” was named Billboard’s ‘Top Rock Song of the Decade’, which was a contributing factor in the publication’s decision to crown Nickelback ‘Top Rock Group of the Decade’ shortly after.

Beyond their Juno Awards, the group has received nine Grammy Award nominations, three American Music Awards, a World Music Award, a People’s Choice Award and seven MuchMusic Video Awards. They were inducted into Canada’s Walk of Fame in 2007.

Nickelback will debut their long-awaited tenth studio album, titled Get Rollin’ on November 18, 2022. This milestone album release was announced with the drop of the band’s chart-topping single, “San Quentin,” as well as their latest single, “Those Days,” which have both garnered nearly five million streams on Spotify since their release.