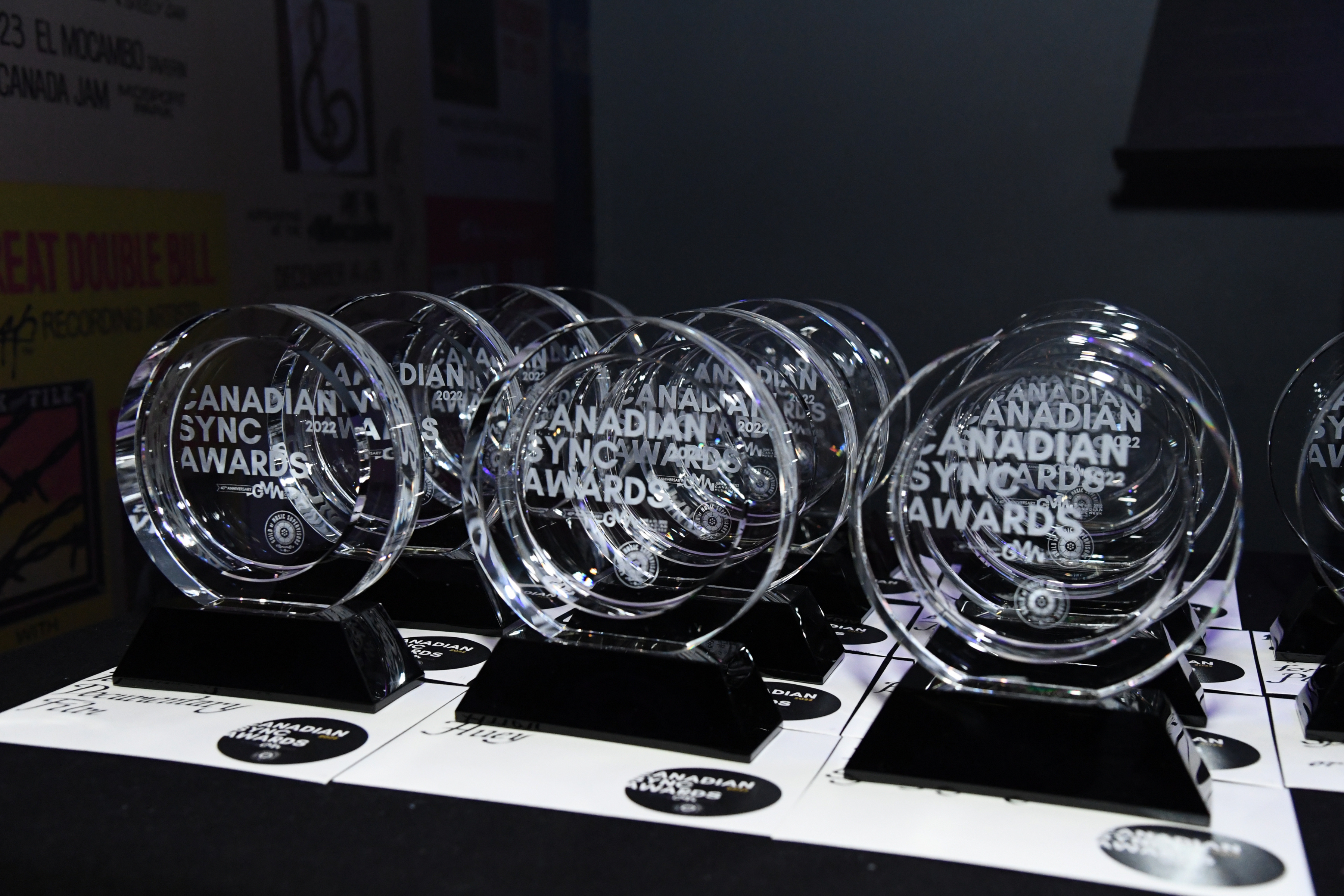 Hosted by Tara Slone, the Canadian Sync Awards took place on Thursday, June 9, 2022 to a packed house at the El Mocambo and included performances by Monowhales, Emanuel and Mauvey. The Canadian Sync Awards celebrate the craft of music supervision in filmed media in Canada with the presentation of 14 awards, as voted by the public and members of the Guild of Music Supervisors, Canada.

THE 2022 Canadian Sync Awards winner are:

“Knocking At The Door” by Arkells

“Book of Dreams” by Daniel Tashain

Sync Artist or Songwriter of the Year‍