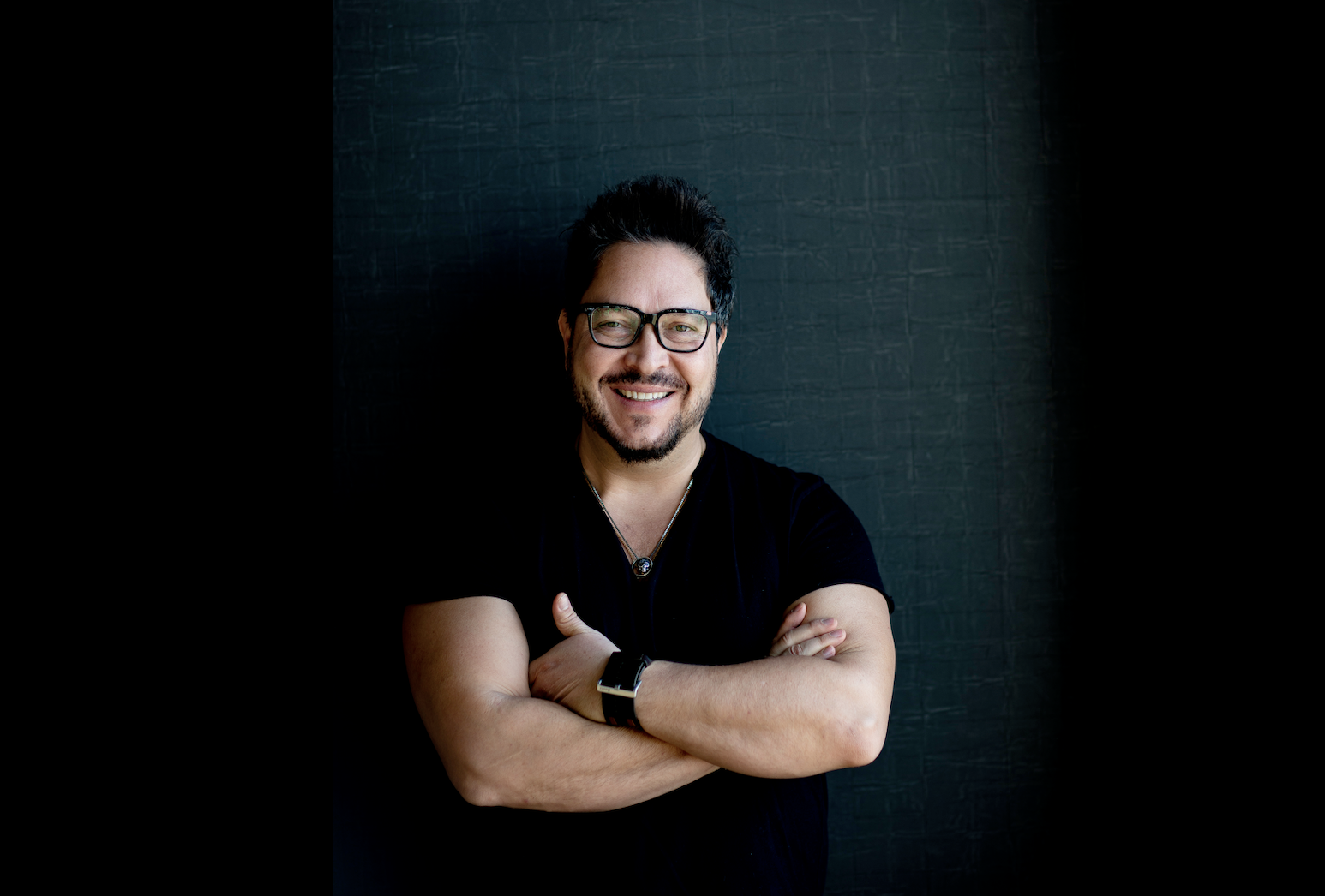 Music is Magic, From the Mind to the Stage to the Screen

This column originally appeared in the November/December 2021 issue of Canadian Musician magazine.

When I was five years old, my parents put an accordion in my lap. It was so big and awkward, I could almost hide behind it.  I would stretch my fingers to grasp the keys on an instrument I could barely lift and play Italian folk songs to the delight of my elders. The accordion was my first real foray into music, and it was a resounding success. How could I help but love it?

Since I can remember, music has played a significant role in my life. I have used music to escape, be inspired, lose myself, and be transported to another place or time. In many ways, it was my first language. Growing up, the radio was always on in my house, and I remember how much joy it brought to my family. As I got older, I collected 45 RPM records and I recall the sheer joy I felt hearing the sound of the needle hitting the album just before a song played. As a kid I didn’t quite understand how it worked, but somehow sound came out of this box and it made me feel good. I had everything in my collection, from 1950s Italian pop hits that my parents brought with them from Italy to The Beatles and Elvis Presley. I guess I have always been a bit of an old soul because, for some reason, I resonated with Elvis and his early music. The rockabilly sound of his Sun Sessions formed the foundation for all Elvis’ music, and had a profound effect on me. I felt as if I could understand the man through this music, and I related to him as an outcast, a bit of an odd ball, and as an artist. For Elvis, music was a kind of superpower that brought him out of his shell and allowed him to express himself fully. I was extremely introverted as a kid, and often did not fit in. Music was my escape and my refuge.

I studied music theory and vocals at the Royal Conservatory and, at around age 12, I won first place in the vocals competition. The winners were asked to perform at a regional concert. I remember sitting in the car on the way to the auditorium, sporting my most stylish polyester suit and a Donny Osmond hairdo, feeling so terrified and anxious that I lost my voice. All I could think about was what would happen if I walked out on that stage and tried to sing and nothing came out.  As my teacher escorted me to the stage I felt my body going numb and I thought I might faint. The spotlight shined on me and it felt like time was standing still. It was my first experience having a full-on panic attack. I looked over at my teacher, she nodded confidently and started to play the piano. Suddenly, the music washed over me and the world around me melted away. I had become wired and conditioned to immerse myself in music, and to use music to change my state, regardless of my surroundings. Little did I know at that time that I would eventually become a film director and direct a dream project that, at its core, would be a testament to the power of music.

Besides performing in several bands, and starting an indie music label, my love affair with the business of music ended in the mid-1990s. I’d met a guy in my neighbourhood who had made a movie on super 16mm film and premiered it at a cinema in Toronto. Witnessing his journey was my first experience of the film world, and I quickly developed a fascination for it. Movies brought together all my passions and interests: I could still be connected to music, while exploring my love of storytelling. One day I would serendipitously meet Hollywood director James Cameron, and that encounter changed my life. He told me if I wanted to make a movie, I should simply pick up a camera and shoot something. So, following his wise words, I did – and a career was born.

As a director, I rely on music for pacing and tone, and I love to explore ways music can evoke certain feelings in an audience — like when I used to be on stage singing and performing. With every project, I prefer to work early with my musical collaborators so that a musical theme is established before a single frame is shot. On my first feature film Looking for Angelina, I worked with composer Angelo Oddi. Despite our challenges in time and budget, we shot for the stars. We collaborated with a well-known local and internationally-acclaimed quartet, Quartetto Gelato. They were seasoned musicians who brought the film to life when they performed and recorded to the picture.  At the world premiere of Looking for Angelina at the Shadows of the Mind Festival in Sault Ste. Marie, Ontario, prominent industry figures were present, including Jan Harlan (Stanley Kubrick’s long-time producer and brother-in-law). Even though I was the architect of the film and helped shape it, the images combined with words, the actors’ performances, and above all, the music, created a powerful impact on the audience. There was not a dry eye in the house. The evening was a magical experience that reaffirmed the power of the medium for me. My obsession to experiment with the alchemy of these elements crystallized at that moment.

More recently, I had the incredible experience of developing and shooting my latest film, The Cuban, starring living-legend Lou Gossett Jr., as well as Shohreh Aghdashloo, Ana Golja, Giacomo Gianniotti, and Lauren Holly.

The Cuban is about a young Afghan nurse who befriends an aging (once famous) Cuban musician with Alzheimer’s named Luis. When she plays music for him, Luis begins to awaken from his catatonic state. In preparation for this movie, I conducted as much research as I could (with the help of the Baycrest Hospital's top researchers) and even had the opportunity to witness such a miraculous transformation firsthand. I watched videos where patients literally began to recall forgotten memories. I also visited a patient in person who was completely catatonic – until the music played and he came to life before my eyes. This experience gave me the confidence to guide what became an incredible, subtle, and nuanced performance by the legendary Lou Gossett Jr. At the same time, I teamed up with the legendary Cuban-Canadian composer and pianist, Hilario Durán.

Working with Hilario was a joy, and one of the most special experiences of my life. I remember sitting in the recording studio weeks before the start of principal photography even began, listening to his remarkable soundtrack come to life for the first time. Inspired by the script, and our many conversations, Hilario created brilliant songs that we were lucky to actually use on set. I made our sound man play Hilario’s vibrant Cuban tunes between takes for the actors and crew, setting the mood each day for happiness, camaraderie, fun and a distinct Cuban feel that permeated every scene. Hilario’s soundtrack set the tone for The Cuban on set as much as it did on screen.

Many of us would agree music played an important role in our lives since the start of this pandemic. Whether it was playing tunes we love on our favourite streamer or watching a live virtual concert, music has the power to uplift our spirit and transform our mood. Imagine a world without music? It is literally unthinkable. Music is one of those essential components of life – it is like the air we breathe. It can change our state in an instant and has the power to trigger pleasant memories from our past. I continue to use music in work environments, while I’m doing my creative work alone on-set with my crews.  Music tunes us into a frequency, brings us on an emotional journey, and, since the days of peeking over the top of my accordion to see my parents’ happy faces, I’ve realized it also has power to bring us together in a way that no drug on earth can.

Sergio Navarretta is an award-winning, Italian-Canadian film director based in Toronto. His latest movie, The Cuban, was in the race for the 2021 Academy Award nominations. It won “Best Music Supervision for film budgeted under $5 million” at the 11th annual Guild of Music Supervisors Awards. Follow him on Twitter and Instagram @sergiodirector. www.snapfilmsinc.com.