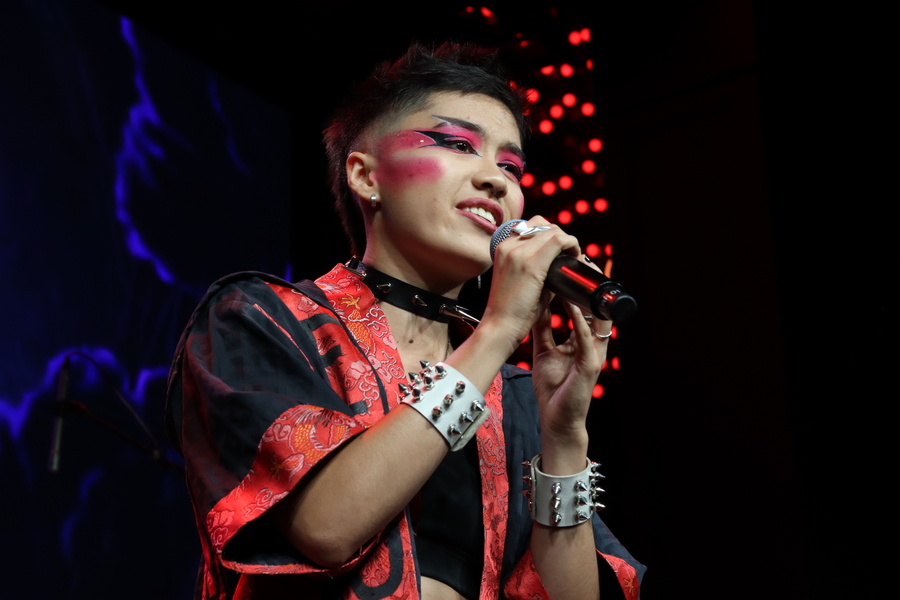 “Honey Jam 2022 was truly one for the books—what an incredible night!” says Rowe. “We're all in our feelings about all of the love and support we received and the stunning, moving, stirring, invigorating, passionate, stellar performances that took us on a journey through musical genres. The energy in the room was indescribable! It was a magical musical experience that you had to be in the room to really understand and feel the spirit, the vibes.”

“Honey Jam was more than just the experience of tonight,” says Feura, a 20-year-old Toronto-based songwriter and producer, who says above anything else, they are a live entertainer. “We have been doing a program since June—even the audition itself was a huge experience, just going out and having to impress in a minute, but tonight it was phenomenal getting to see all our hard work cumulate together and be this awesome celebratory night of everyone’s talent and getting to share what we’ve been doing with so many new people.”

Many of Honey Jam’s 2022 artists found a sense of community among their fellow participants. When JUNE 6XTEEN, a 17-year-old singer from Montreal, first had Honey Jam recommended to her by her producers, she knew it was something she had to jump at.

“Knowing it is female artists who are supported and featured really gave me the motivation,” she says. “It’s an amazing family we’re all part of now, and we did an amazing event and there are upcoming events that will be insane, so I’m really excited for that.”

V!LLAH, a 25-year-old Canadian-Filipina rapper from Burlington, ON, says she encourages all young, aspiring female artists to apply to be a part of the Honey Jam, no matter what style of music they make.

“They encourage all genres of music to participate,”she says. “Feeling different was the way I felt with the live auditions as I was rapping while everyone else was singing, but that did not stop me from performing my craft!”

The evening closed with a tribute to Deborah Cox, for which current Honey Jam artists were joined onstage by previous participants for an ensemble performance of a medley of some of Cox’s best-known songs.

“We love her—she’s an icon and an inspiration,” Rowe said of Cox from the stage. “We had to do something for her.”

For more information, go to www.honeyjam.com.

Manus Hopkins is the Assistant Editor of Canadian Musician