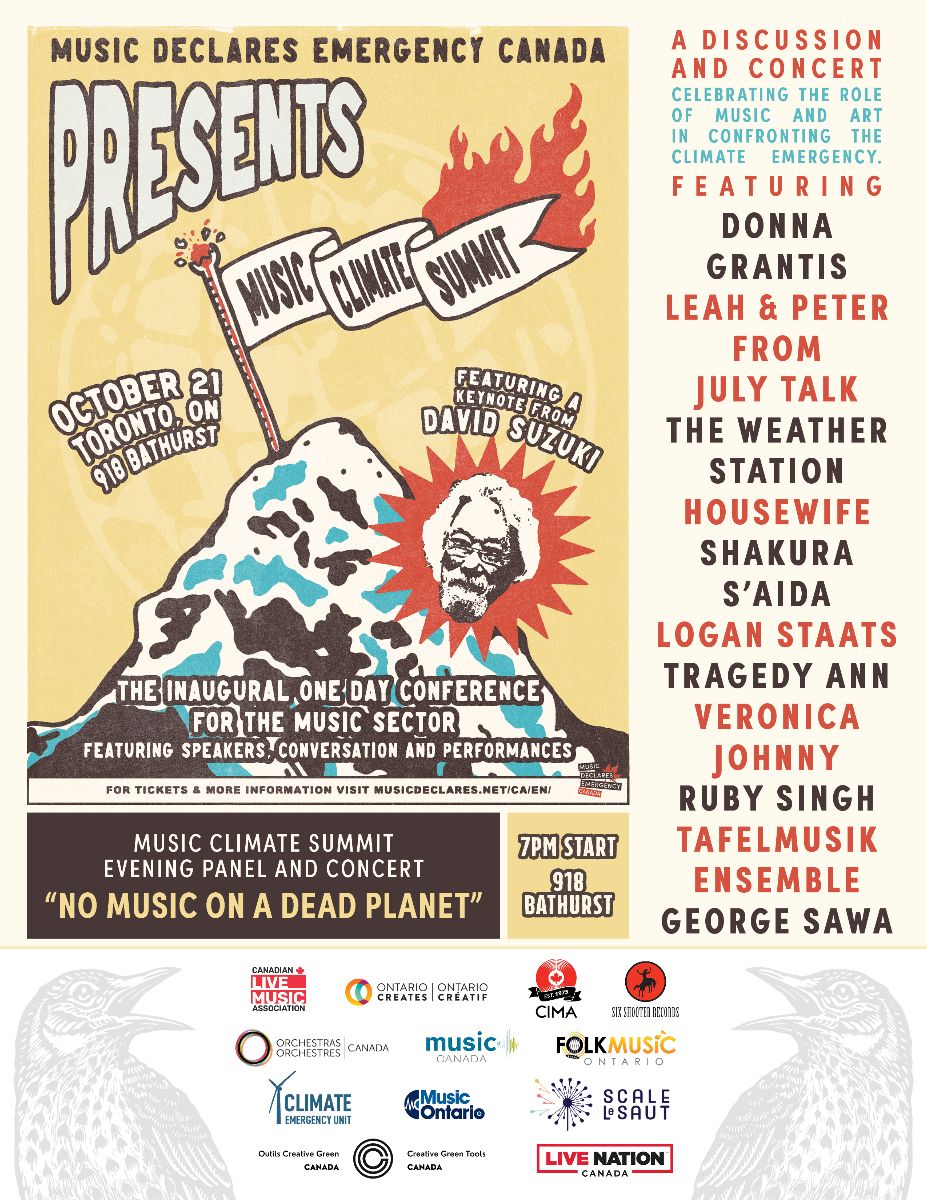 On Friday, Oct. 21st, Music Declares Emergency Canada will be co-presenting with the Canadian Live Music Association (with support from Ontario Creates) the first-ever Canadian Music Climate Summit. The one-day conference in Toronto will feature keynote speakers (including David Suzuki), panels, and workshops that will explore what climate change means for the music industry and how record labels, the live music community, manufacturers, distributors, retailers, and artists can play a part in greening the music industry and use the power of the sector to encourage action from fans.

Music Declares Emergency (MDE) is a group of artists, music industry professionals, and organizations who are calling on all those within the music industry to join us in declaring a climate emergency and to work towards making the cultural and operational changes necessary to contribute towards a carbon neutral/post carbon future.

Launched in the U.K. in July 2019, over 6,000 bands and musicians have now signed up to Music Declares Emergency’s pledge to revitalize how the music industry tackles climate disaster, from The 1975 and Radiohead to Robyn, Billie Eilish, Tegan and Sara, and more. Music Declares groups have been launched in Canada, Germany, France, Switzerland, Austria, Portugal, The Netherlands and Chile, the U.S, and Spain. There will be more chapters launching this coming year.

More info can be found at www.musicdeclares.net.