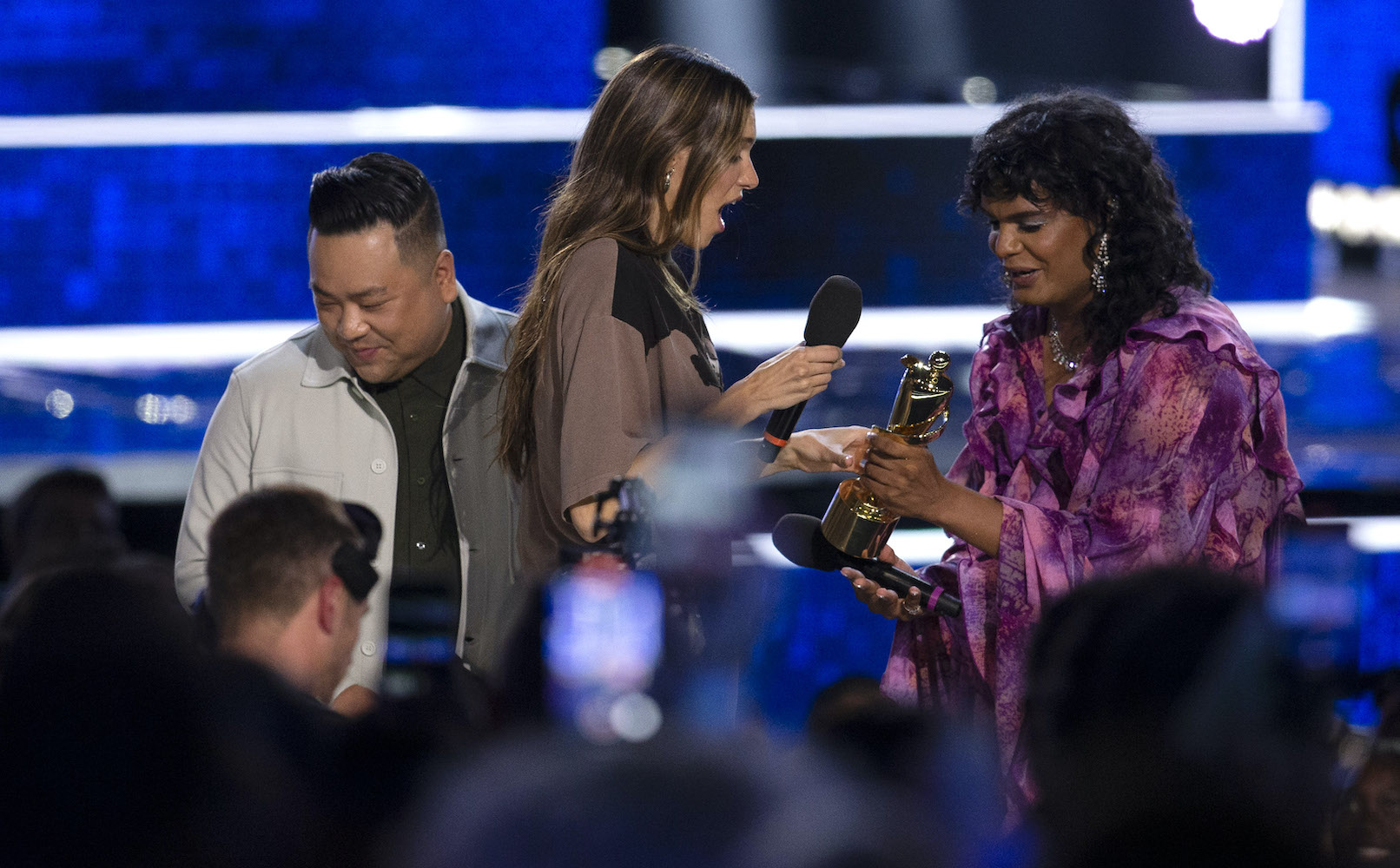 The Canadian Academy of Recording Arts and Sciences (CARAS) and CBC celebrated Canada’s biggest night in music at the 51st Annual JUNO Awards Broadcast, marking the first in-person show since 2019. Hosted by Marvel Studios star of Shang-Chi and The Legend of The Ten Rings, Simu Liu, the awards were broadcast for the first time in history from an outdoor venue at Toronto's Budweiser Stage.

Following her three major wins Saturday evening  at the 2022 JUNO Opening Night Awards, and a  performance of her hit “Meaningless” on Budweiser Stage, a humbled Charlotte Cardin added Album of the Year to her collection of statuettes, making her the most decorated artist at this year’s JUNO Week with a total of four awards.

Hamilton-raised legends Arkells took home Group of the Year after an  two-song performance of “Reckoning” and “You Can Get It” that began from the crowd. Vancouver pop songstress JESSIA took home her first Juno for Breakthrough Artist of the Year, and Haviah Mighty became the first female in history to win best Rap Album/EP of the Year, only moments before her powerful performance of hits “Protest” and “So-So.”

Another woman making his at the Juno Awards this weekend was Hill Kourkoutis, who at the Saturday night gala became the first woman to win the Juno for Engineer of the Year.

Canadians were given the option to vote for the TikTok JUNO Fan Choice, which was awarded to Shawn Mendes. This marks the fourth time Mendes has won the award bringing his’ total Juno count to an impressive 13 awards. Mendes also made a special appearance to accept the prestigious JUNO International Achievement Award, which has only been awarded eight times previously. The award honours Canadian artists who have attained extraordinary success on the world stage and raised the profile of Canadian music around the world.

MusiCounts also recognized Canadian music educator,  Darren Hamilton’s (David Suzuki Secondary School, Brampton, ON) impact not only on students, but also their community and the music education field, through the MusiCounts Teacher of the Year Award, presented by the Canadian Scholarship Trust Foundation.

The Juno Awards Broadcast made history with the induction of legendary award-winning recording artist and world-renowned Broadway, television, film and fashion icon, Deborah Cox, during the induction and performance presented by TD. Cox became the first Black woman to join the Canadian Music Hall of Fame and was inducted by Toronto Raptors alumni, NBA Hall of Famer, author, music producer and friend, Chris Bosh. To mark the milestone and Cox’s immeasurable impact on Canada’s music scene, fans were treated to a four-track medley of her hits “Beautiful U R,” “Nobody's Supposed to Be Here,” “Where Do We Go From Here” and “Who Do U Love.”

The 2022 Juno Awards staged spectacular performances under the stars including the highly anticipated return of pop-punk icon and nine-time Juno Award winner Avril Lavigne, who rocked audiences with a nostalgic mashup of “Complicated,” “Girlfriend,” “I’m With You,” “Sk8r Boi,” and “Bite Me,” from her latest album Love Sux. Later in the show, Simu Liu returned to the stage with his own rendition of “Complicated.”

Arcade Fire lit up the night performing “Unconditional 1 (Lookout Kid),” while west-coast rap sensation and JUNO Award nominee bbno$, whose songs have been streamed more than 2.8 billion times globally, had the audience dancing in their seats to his viral tracks “Lalala” and “Edamame.” Godfather of PowWowStep and 2022 JUNO Award Winner DJ Shub & JUNO nominated Canadian hip-hop duo Snotty Nose Rez Kids performed a politicized medley of “War Club,” “Uncle Rico,” and “Rebirth;” past JUNO award nominee and presenter Lauren Spencer-Smith, took the stage for her platinum single “Fingers Crossed” and first-time JUNO Award nominee Tesher wowed the crowd with some of his international hits including a surprise collaboration performance of “Jalebi Baby” featuring an energetic Simu Liu. Mustafa, winner of the 2022 JUNO for Alternative Album Presented by CBC Music, moved audiences with a performance of "Stay Alive," which featured fifteen people from the community where he grew up.

Here is the complete list of2022 Juno Awards winners: