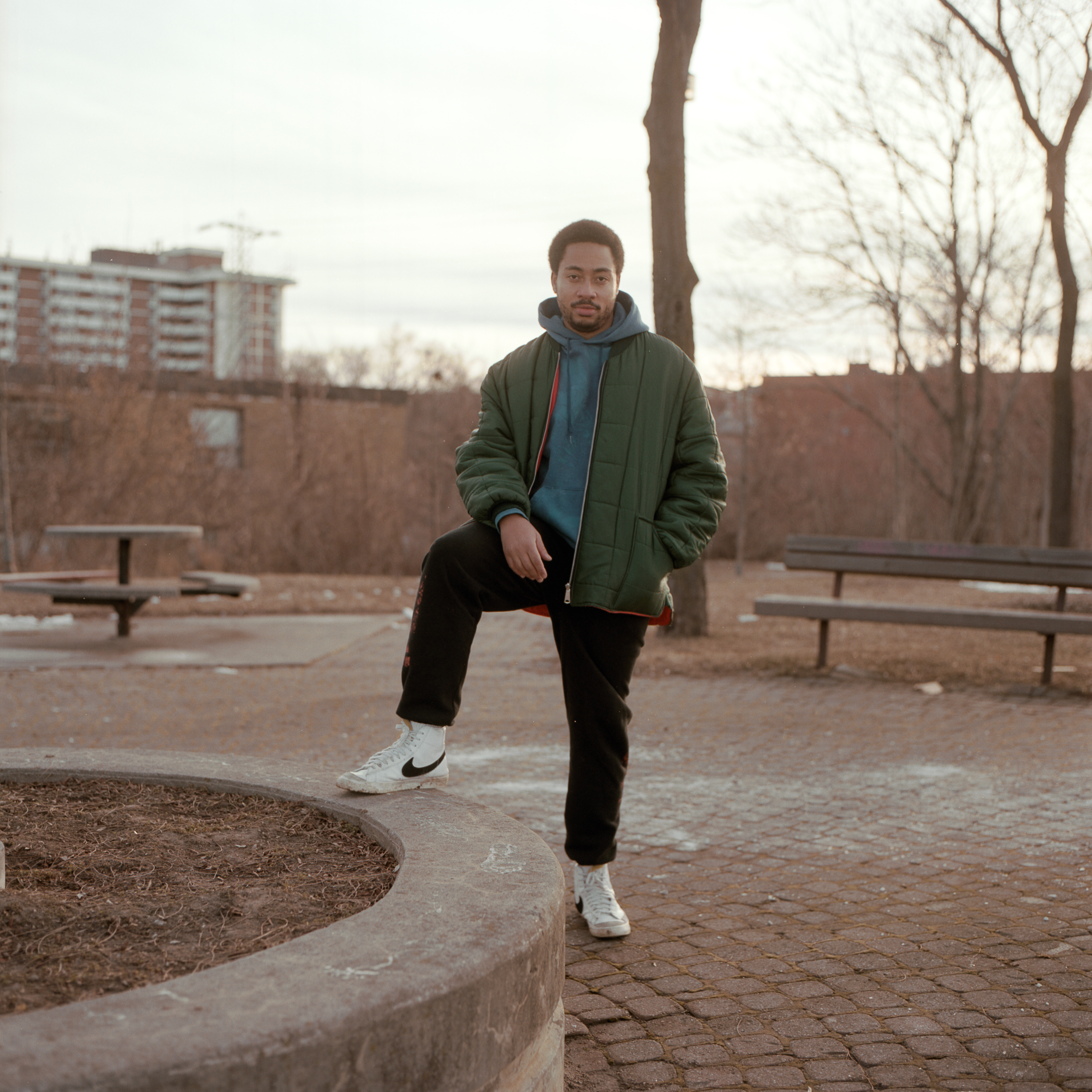 Cadence Weapon has won the 2021 Polaris Music Prize for the album Parallel World. It was his third time being nominated for Canada's most prestigious music award and his first time winning.

The Prize, which was presented by CBC Music, goes to the best Canadian album of the year based on artistic merit without regard to genre, sales history or label affiliation. It was determined by a Grand Jury of 11 music media professionals drawn from the greater Polaris jury pool of 199 writers, editors, broadcasters, DJs and personalities from across the country. This was the 16th edition of the Polaris Music Prize.

“If I won this, I wanted to announce that next year I’ll be using some of my resources to organize some voter registration events around the Toronto municipal election, as well as the Ontario provincial election because we need some changes to our leadership and we need to make things more equitable for people in this city to be able to vote. I also just want to take this time to mention that Justin Trudeau has worn Blackface so many times he can’t even remember how many times, and he was just given a third term. That’s exactly why I need to be making rap records that are political, that are about these subjects, because that’s still a fact today," Cadence Weapon said via livestream after winning the award during a virtual awards presentation. "Finally, this goes out to everybody in Edmonton and Alberta! I’m from Edmonton, 780, we’ve never been here before. I want to show everybody, all the young artists listening right now, and watching this, you don’t have to be from Toronto. Your experience is valuable. Your art matters. Coming from Edmonton, I don’t want you to forget that. The prairies got something to say. E-town.”

Cadence Weapon’s victory came with a $50,000 monetary reward. The nine other Short List nominees each received $3,000 courtesy of Slaight Music. Additionally, Play MPE awarded Cadence Weapon with a global music promotion distribution package for one release (single or album) worth up to $3,025 CAD. Play MPE will also gift all nine remaining Short List artists with distribution packages worth up to $1,000 CAD each.

Listen to the Canadian Musician Podcast interview with Cadence Weapon about his journey and making Parallel World at www.canadianmusicianpodcast.com/episodes/cadence-weapon-curbside-concerts

Due to the continued uncertainty around returns to public gatherings, Polaris chose not to host a winner Gala event this year. Polaris looks forward to returning to an in-person event in 2022.

"It's always a privilege to oversee the Polaris Grand Jury and this year is no different," said Polaris Jury Foreperson Melissa Vincent. "Their meticulous, open-hearted discussion was a marvel to witness and speaks volumes to the calibre of records coming out of Canada. It's our pleasure to congratulate the winner of the 2021 Polaris Music Prize!"

Albums eligible for 2021 Polaris Music Prize consideration must have been released between May 1, 2020 and May 31, 2021. An independent jury of music journalists, broadcasters and bloggers from across Canada determined the Long List and Short List. Eleven people from the larger jury pool were then chosen to serve on the Grand Jury.