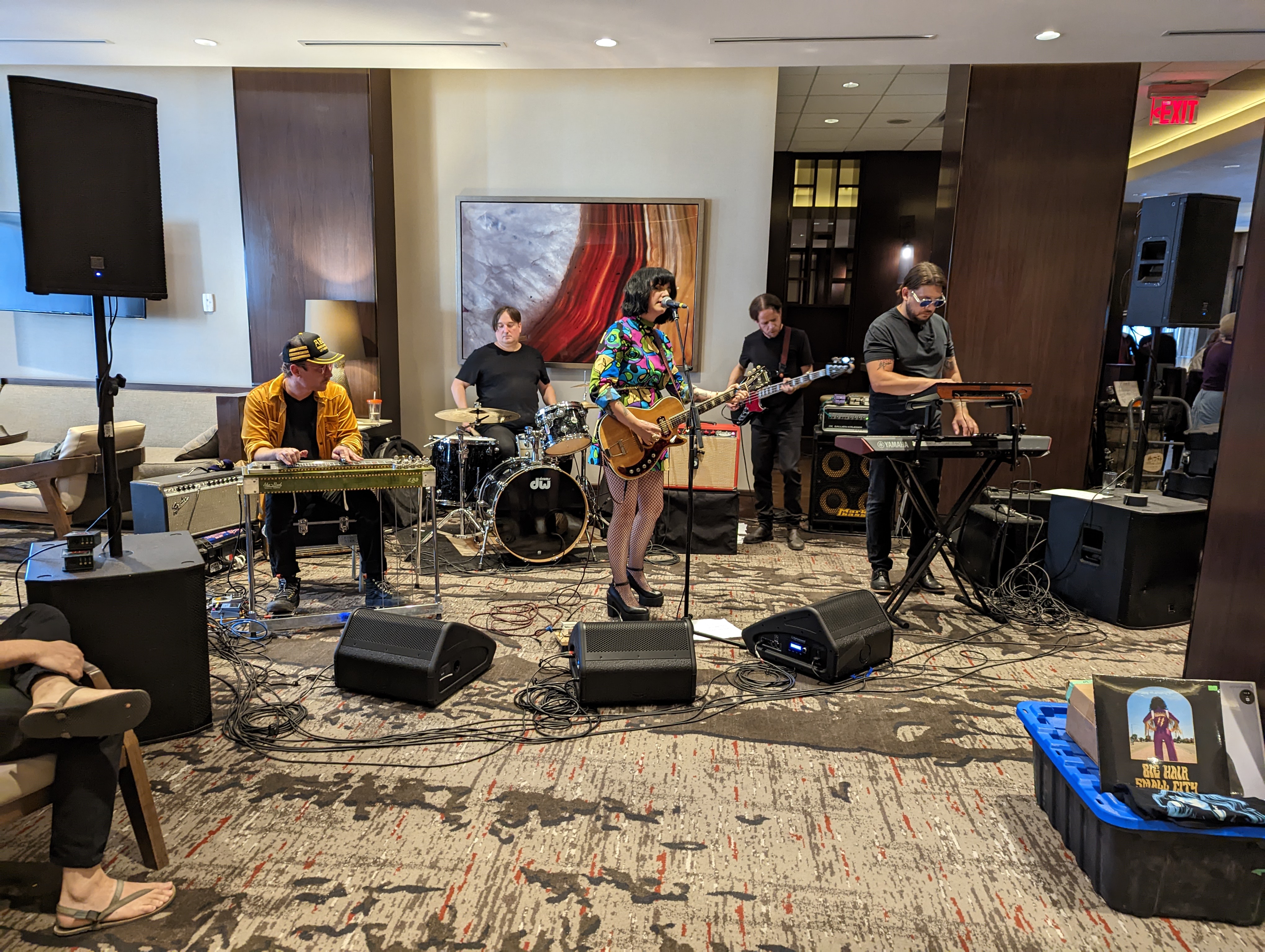 The 20th annual BreakOut West 2022 has wrapped in Calgary after four days of immersive career development and international industry conference programming; three nights of show-stopping performances by some of the best artists coming out of western Canada and abroad; two events honouring the artistic and industry winners of the 2022 Western Canadian Music Awards; and one celebration of BreakOut West’s milestone 20th anniversary.

“Once again, we have been thrilled to host BreakOut West in Calgary and for this special anniversary," remarks outgoing Western Canadian Music Alliance Executive (WCMA) Director, Robyn Stewart. “Thank you also to all of the incredible artists and innovators who joined us this week to celebrate and elevate creative careers in western Canada. The Calgary community embraced our event and participants, and we saw full venues of engaged music fans discovering new talent. Coming full circle from our first BreakOut West in Calgary twenty years ago, we are looking forward to the next 20!”

On Sunday, oct. 2, BreakOut West wrapped its 2022 events after an exciting week filled with countless opportunities to connect and engage with professionals from across the music industry, while experiencing captivating live performances from the incredible talent coming out of the western provinces. In total, over 585 people attended the events, with delegates joining in from 15 different countries. 135 speakers were engaged across 50 conference sessions and over 950 one-on-one meetings, while attendees were able to take part in numerous meet up events and establish countless business opportunities. Music discovery was celebrated with 66 showcasing artists being featured on stages across Calgary’s downtown core and Music Mile.

Along with the conference programming, the winners of the 2022 Western Canadian Music Awards were revealed over two special celebrations. On Friday, September 23, the recipients of the artistic awards were honoured during a live broadcast and intimate watch party at Calgary’s Ship and Anchor, followed by the Industry Awards Brunch on Saturday, October 1 which unveiled the winners of the industry categories. The Industry Awards Brunch also formally honoured the recipients of this year’s Specialty Awards – Tegan and Sara (Western Canadian Music Hall of Fame inductees), Gerry Stoll (Kevin Walters Industry Builder Award) and Steve Wood & Northern Cree (Heritage Award). See below for a list of the 2022 Industry Award winners, and a full list of all the 2022 Western Canadian Music Award recipients.

Additionally, groundbreaking artist and writer, Vivek Shraya, was honoured during BOW’s Opening Reception on Wednesday, September 28 with Canada’s first-ever Keychange Inspiration Award. Created by Keychange – a global network and movement working towards gender equality in the music industry – the award honours and celebrates women and gender minorities who have made extraordinary and pioneering contribution to music. The Keychange Inspiration Award is selected by Keychange partners in each of their countries, with Shraya marking the first recipient for Canada.

BreakOut West 2022 saw incredible support from the Government of Alberta, City of Calgary and Tourism Calgary, as well as generous partnership from local and national sponsors, all of which generously invested in the week’s events, enthusiastically bringing BOW back to Calgary.

Looking ahead to the next year, BOW is thrilled to be returning to Kelowna, BC, where it was previously celebrated in 2018 and 2010.

"Kelowna has had massive success in hosting BreakOut West in the past,” says Karma Lacoff Nieoczym, Creative and Executive Director with Creative Okanagan and Host Chair. “The event has enabled us to showcase our local artists and unique venues and further establish Kelowna as a community that loves live music. MusicBC has strongly supported us in submitting the bid. We look forward to offering our local musicians opportunities to perform at the festival, attend the conference, and submit entries for the Western Canadian Music Awards."

BreakOut West 2022 also marked the final year for outgoing Executive Director, Robyn Stewart, who has been at the helm of the Western Canadian Music Alliance and BreakOut West for the past eight years. The entire BOW team would like to extend an incredibly heartfelt thank you to Robyn for her unwavering leadership, enthusiasm and support over the years.

Recording of the Year and Stingray Rising Star, Presented by Stingray
Snotty Nose Rez Kids – BC