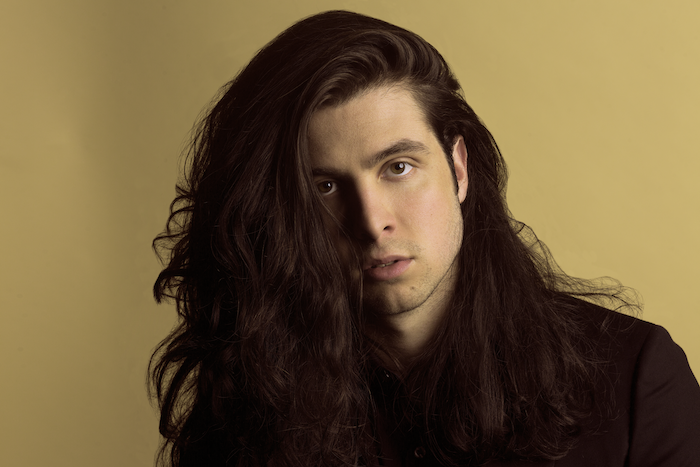 "Western Skies," written and performed by Billy Raffoul of Leamington, ON, is the winner of the 16th annual SOCAN Songwriting Prize.

Canadian music fans voted from June 17th to July 1st for the 10 finalist songs written by emerging songwriters. The nominees were selected by a panel of 15 music industry experts for each of the prizes.

An emotional call to action, "Western Skies" delivers a timely message about the importance of fighting for common good in difficult times.

In addition to the prestige of winning, Billy Raffoul receives $5,000, a Yamaha Keyboard, and a $500 gift card from Long & McQuade.

"Songwriting has been a part of my life since the very beginning, and I am so fortunate to have grown up in a family full of artistic expression," Raffoul said. "'Western Skies' is a song about the imminent threat of climate change and our responsibility to future generations. To be recognized for a song that means so much to me is an incredible honour. Thank you to SOCAN, thank you to the nominating panel, and thank you to everyone who voted for 'Western Skies' amongst an exceptional group of songs."

As music creators continue to be particularly hard hit by the effects of the pandemic, for a second straight year SOCAN presented cash prizes of $500 to the writers of each of the remaining nine nominated songs, providing timely relief for several of Canada's most talented emerging songwriters.

"'Western Skies' is such an important song as we all come to terms with our past, our present, and our collective desire to create a better future for generations to come," said Jennifer Brown, CEO of SOCAN. "The invaluable power of music to tell stories, to teach, to evoke heartfelt emotion is never more evident than in the 2021 SOCAN Songwriting Prize winner."

Karen Bliss, eminent music and arts journalist and a SOCAN Songwriting Prize panelist, said this about the song: "I chose Billy Raffoul’s 'Western Skies’ because it’s a powerful message delivered in an understated logical manner. While I can’t guess at what inspired Billy, my interpretation – and of course I could be way off – is that we are passing on the world to the next generation, so no matter on what side your politics lies, think about the kind of world they will be inheriting."

SOCAN plays no role in determining the nominees or winners, apart from ensuring that they meet eligibility criteria.

The winner of the Prix de la chanson SOCAN, the competition conducted separately for songs in French, was "Les amants de pompéi," written and performed by Thierry Larose, and published by Les éditions Bravo musique inc.