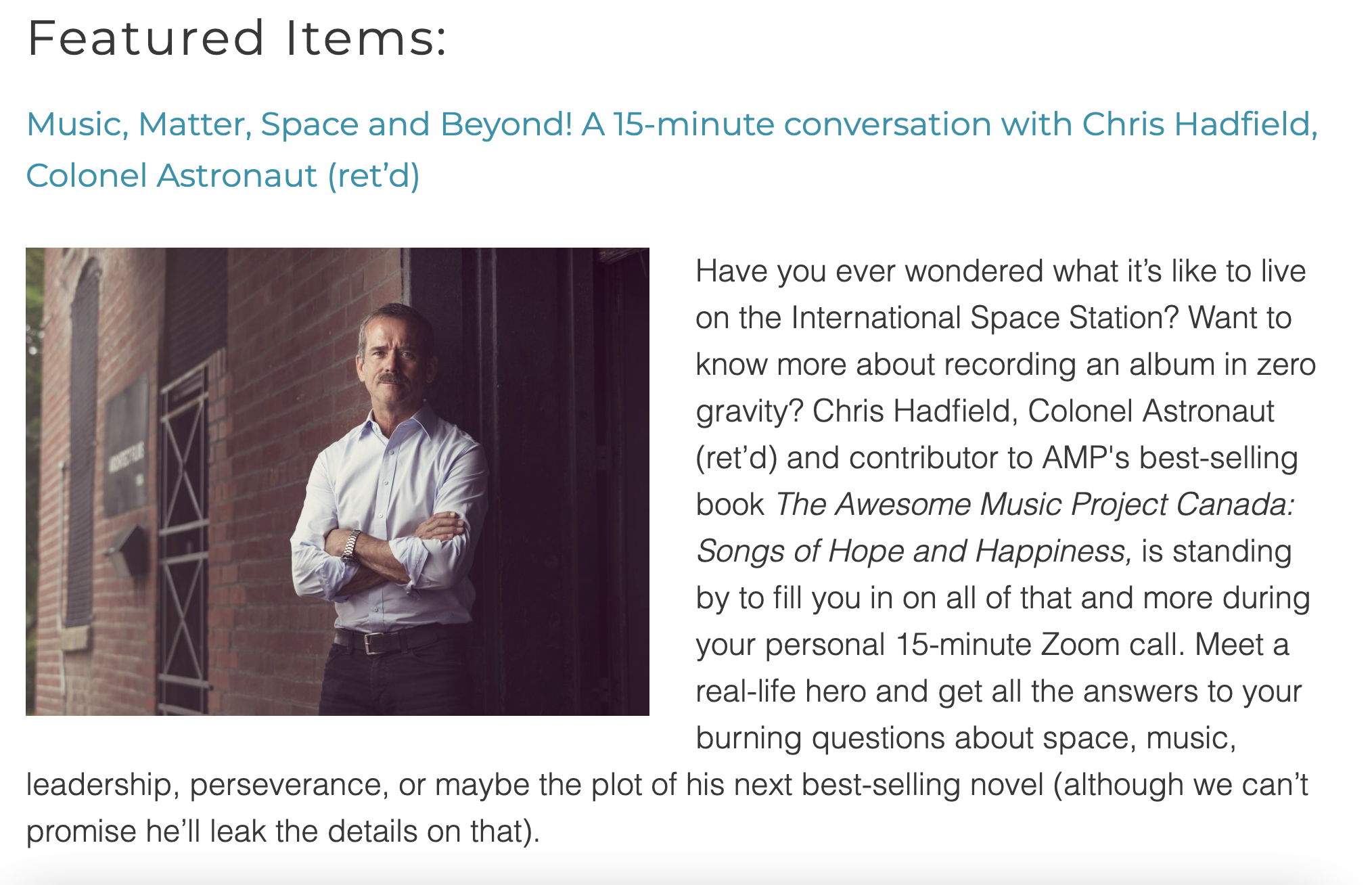 “What better way to mark World Mental Health Day than with an auction to raise much-needed funds to help bring music-focused mental wellness programs to communities across Canada,” said AMP Executive Director Cori Ferguson. “We are blessed to have received an incredible line-up of donations from partners across the country, and I think we’ve got something that will appeal to casual and hardcore music fans alike.”

- A 15-minute Zoom conversation with Chris Hadfield, Colonel Astronaut (ret’d) and contributor to best-selling book The Awesome Music Project Canada: Songs of Hope and Happiness. (Courtesy of Chris Hadfield);
- A trip for two to the 2023 Calgary Folk Festival (courtesy of WestJet, Marriott, The Calgary Folk Festival, and Travel Alberta);
- A visit to the set of the hit Canadian TV show Murdoch Mysteries with the show’s composer Rob Carli (courtesy of Rob Carli and Murdoch Mysteries);

“We’ve seen so much good come from both of these programs,” says AMP co-founder Terry Stuart. “Whether it’s been with youth or seniors, the impact that music, and stories about music, has had on our program participants has truly been remarkable. It has sparked conversations that have led to better social integration, elevated mood, and a new appreciation for the role music plays in mental wellness and mental health.”

AMP co-founder Rob Carli adds, “With the incredible line-up of items we have for the Awesome Online Music Auction we’re hoping to raise enough money to expand The Awesome Music Hour and the AMP4Life Book Club to several new sites in early 2023. If you see something you like, bid early and bid often knowing that your money will go to support a great cause.”

For a complete list of auction items, go to www.theawesomemusicproject.com/auction.