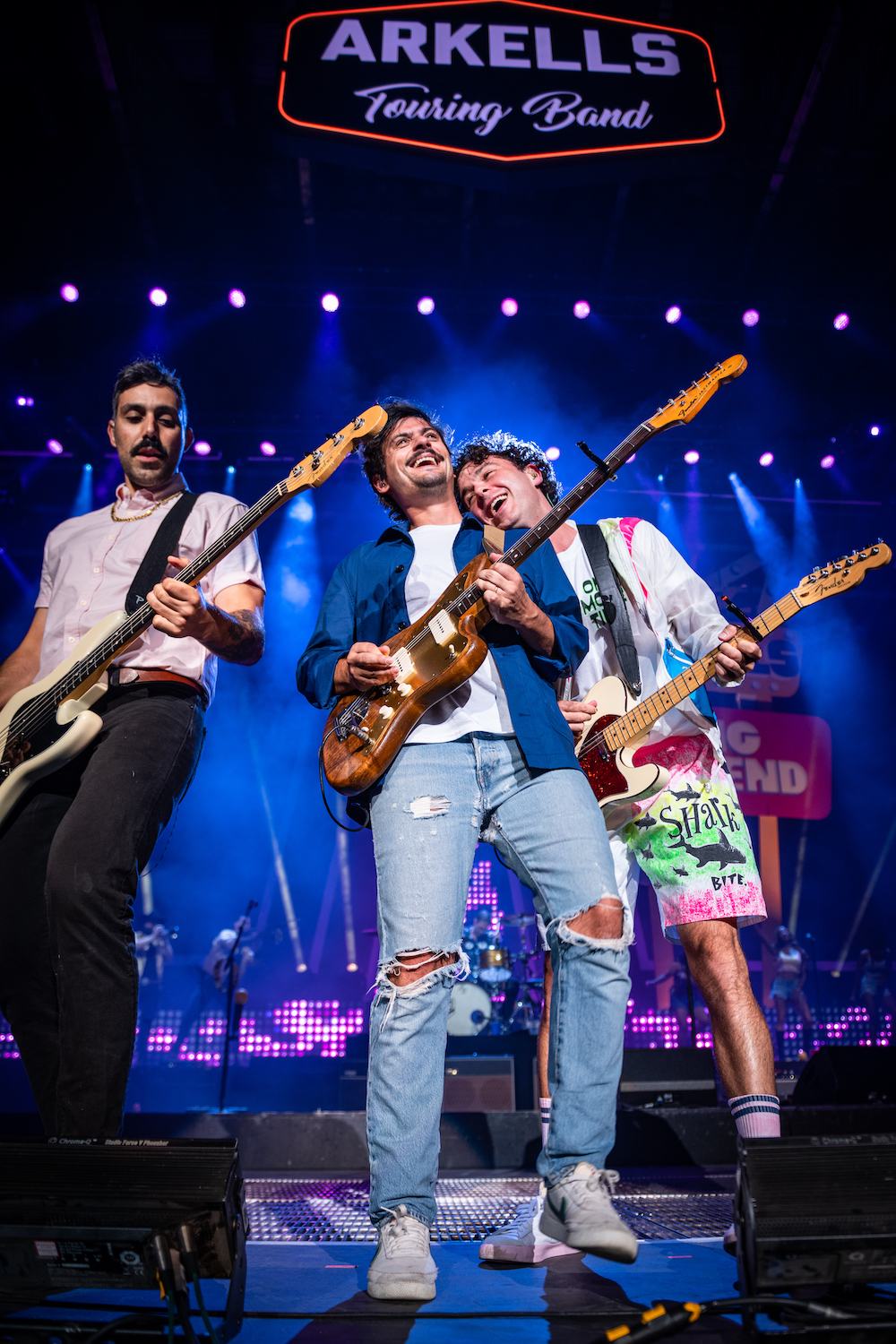 Canada's Walk of Fame announced today that eight-time Juno Award-winning rock group Arkells are the recipients of the 2022 Allan Slaight Music Impact Honour in recognition of their positive impact on others and contributions to the community.

Arkells (Max Kerman, Mike DeAngelis, Nick Dika, Tim Oxford and Anthony Carone), have had a banner year since last August’s three history making nights that reopened the live music business at Toronto’s Budweiser Stage. Between the release of their latest chart-topping album, Blink Once and their forthcoming album, Blink Twice, Arkells headlined the 108th Grey Cup Halftime Show in December 2021, performed at the 2022 Juno Awards (while winning Group of the Year for the fifth time), and made their mark in Hamilton with the return of their hometown summer festival event “The Rally,” of one of the biggest headline shows in the country. The 2022 edition of The Rally at Tim Hortons Field broke attendance records at the stadium, with $1 from every ticket sold benefiting Indwell, a local organization that builds and maintains affordable and geared-to-income housing in Hamilton.

The Rally has become a highly anticipated and celebrated community event, known to be more than just a concert. Both the 2018 and 2022 editions featured free transit to and from the show, a local artisan market outside the stadium gates, and community bike share rides to the show, alongside the band. This year’s event included a special addition – the opening of the city’s brand new “The Rally Court” – a dazzling refurbished basketball court in Hamilton’s Ward 3 neighbourhood. Replete with brand new vibrant surfacing, glass backboards, bleachers and updated lighting, the court was spearheaded by the band, The City of Hamilton, and funded by Arkells’ friends in the basketball community:  The Nick Nurse Foundation, The Foxcroft Family, Superfan Nav Bhatia, and Canada Basketball.

Although “The Rally” concert events are most symbolic of their generosity and community spirit, Arkells have been paying it forward from the road, raising over $250,000 via their partnership with PLUS1. While touring, one dollar for every ticket sold has been allocated to organizations that work towards health access for traditionally marginalized and vulnerable communities across the country. They regularly give their time and talent to inspire and uplift others. Throughout the pandemic, many became familiar with Arkells’ “Flatten The Curve” music class, a headline grabbing, free daily music lesson that acted as a reliable outlet for fans all over the world, and helped raise $50,000 for the Food Band of Canada. The FTC Music Class simultaneously bolstered support, both financial and in kind for music programs in Southern Ontario. Their covid relief efforts raised over $15,000 to contribute to virtual programming updates for Hamilton’s YMCA, and their song “All Roads,” served as the soundtrack to #TogetherAgain, a national vaccine awareness PSA to combat vaccine hesitancy during the height of the pandemic.

On behalf of the board of directors of Canada’s Walk of Fame, Randy Lennox said, "Arkells have become one of Canada's most successful and beloved rock groups. Their meteoric rise to stardom has only fortified their passion and commitment to give back to the community that has helped shape their music and journey. They have the most loyal and effervescent fan base, largely because of their infectious energy and boundless generosity – whether it's giving their all on stage, giving back to their fans, or using their talents to support causes that make a positive impact. We're thrilled to 'rally' around Arkells as they receive the Allan Slaight Music Impact Honour at this year's Canada's Walk of Fame Gala."

"When I think of Arkells, I think of unity, community, heart and sheer talent," said Gary Slaight, President and CEO, The Slaight Family Foundation. "They lead with compassion and integrity and epitomize the values that my late father Allan had in mind for this special honour. They are an inspiration and deserving of this recognition."